Discussion of Victorian Medicine and Surgery At The Aether Salon 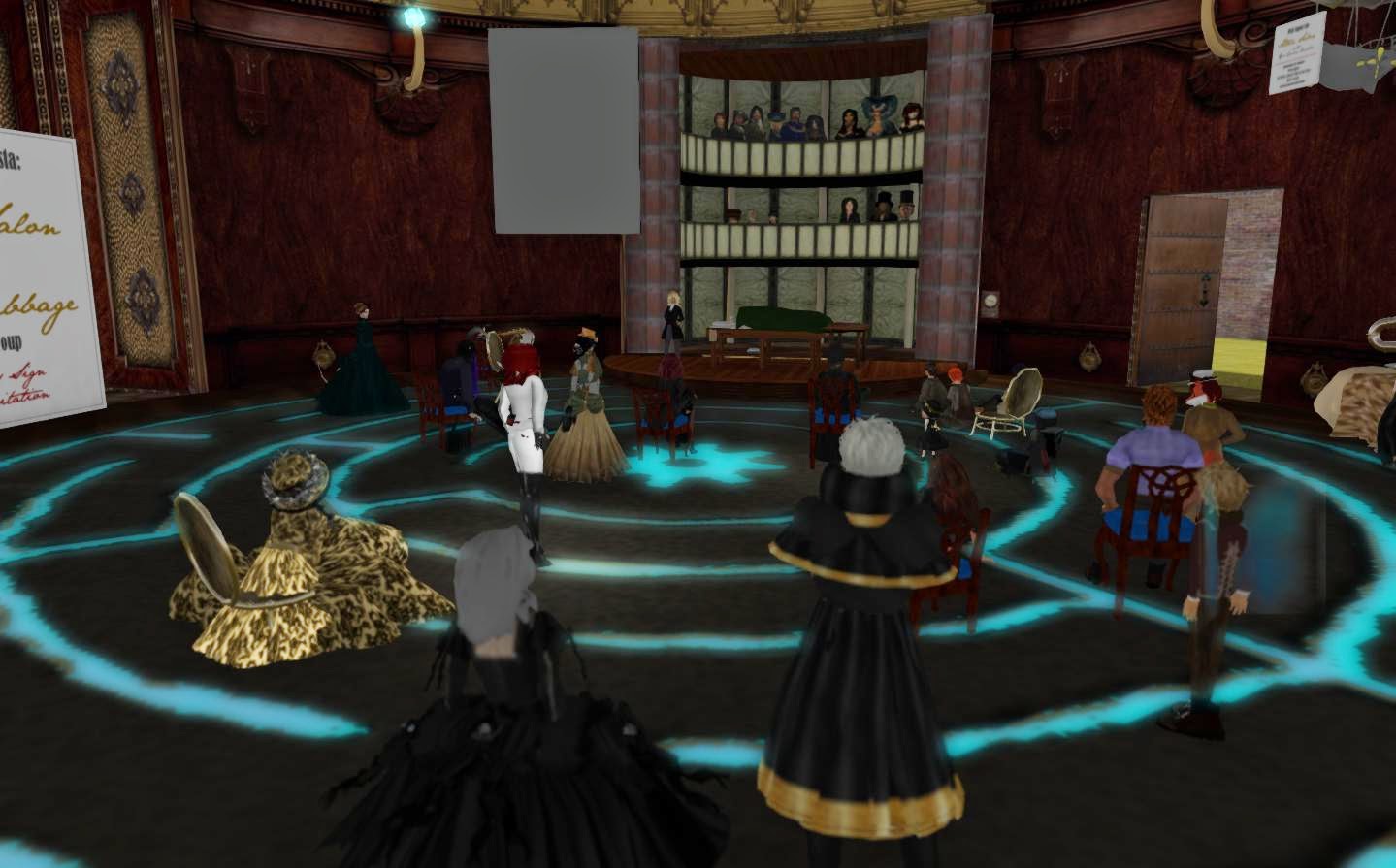 Medical practice as the world knows it developed in the 19th Century. Things people in all but the most isolated areas take for granted such as anesthesic drugs and doctors washing their hands and instruments before surgery came about at this time. The development of these practices, and other details of medicine and surgery during the Victorian Era, was the subject of this month's Aether Salon discussion, on Sunday April 27 in New Babbage at 2PM SL time. Normally on the third Sunday of the month, as Easter fell on it's normal time it was delayed a week. 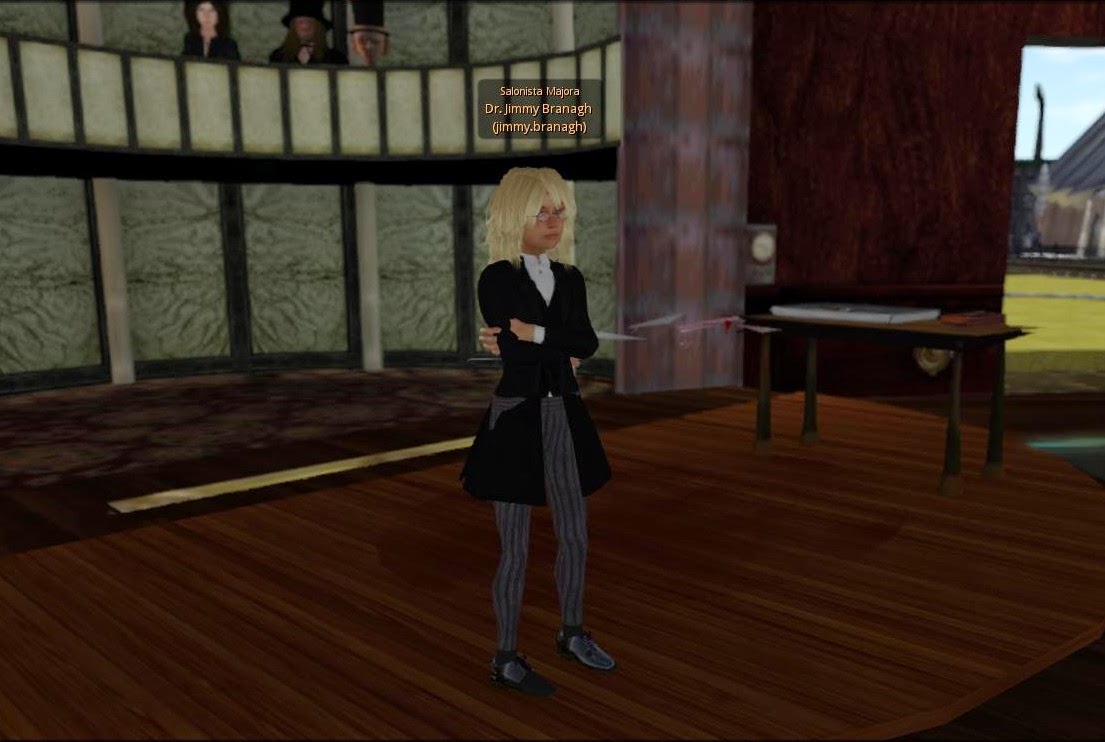 Jimmy Branagh, whom normally roleplays a young "scamp" in Steelhead and other places in the Steamlands, though given credit for developing a "mechanical musical liver" led the discussion. Before the use of ether for surgery, the only way for the patient to deal with pain was a "mug of rum and a stick to bite on." And although disinfecting one's hands before surgery was proposed by one doctor in 1847, his "observations conflicted with the established scientific and medical opinions of the time, and his ideas were rejected by the medical community." It would be years later, after the acceptance of germ theory, in which doctors would start washing their hands before surgery. 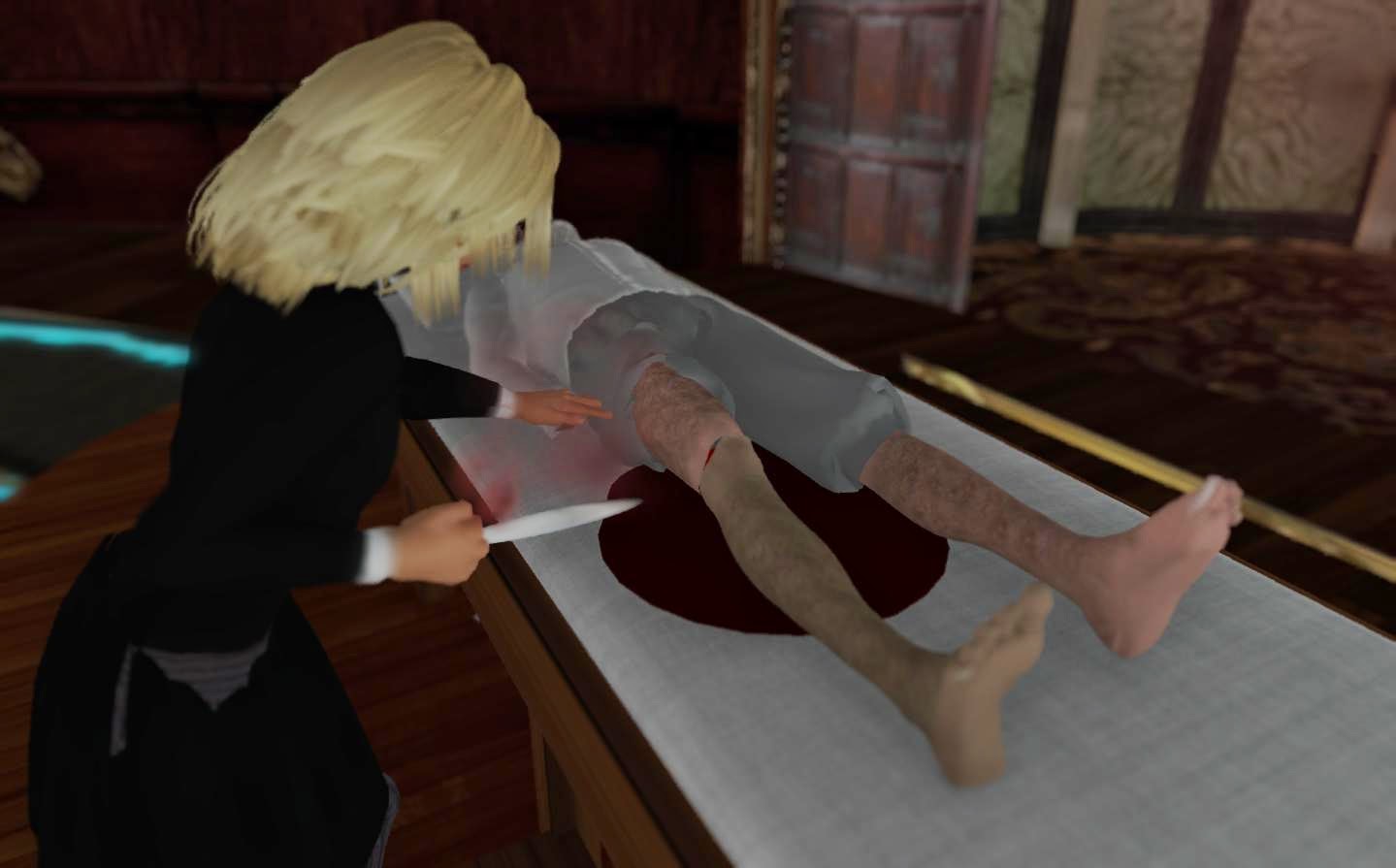 The high point of the discussion was when Jimmy performed a demonstration of an amputation before the use of knockout drugs, in which the only thing the doctor could do, besides getting assistants or restraints to hold the patient down, was to do the job as quickly as possible, using a knife to cut through muscle, "it's much like ... cutting through a moderate sized ham," then a bone saw. A skilled doctor could get the job done in under a minute. Jimmy stated the subject, securely restrained, was "drunk ... with luck he will sleep through the entire procedure and be none the worse for wear."

Unfortunately for the audience, the subject didn't stay unconscious, and the place was filled with horrible, blood-curling screams, combined with the sprays of blood, staining Jimmy's hands, making the demonstration a bit too realistic for some, "Grossest thing, ever." Once the demonstration was over, one observer remarked, "Jimmy, you have a sick mind. I am proud to be your friend."

Edited and unedited transcripts of the discussion are available on the Aether Salon blog. More and better detailed pictures of the surgery can be seen on the New Babbage Municipal Gallery.