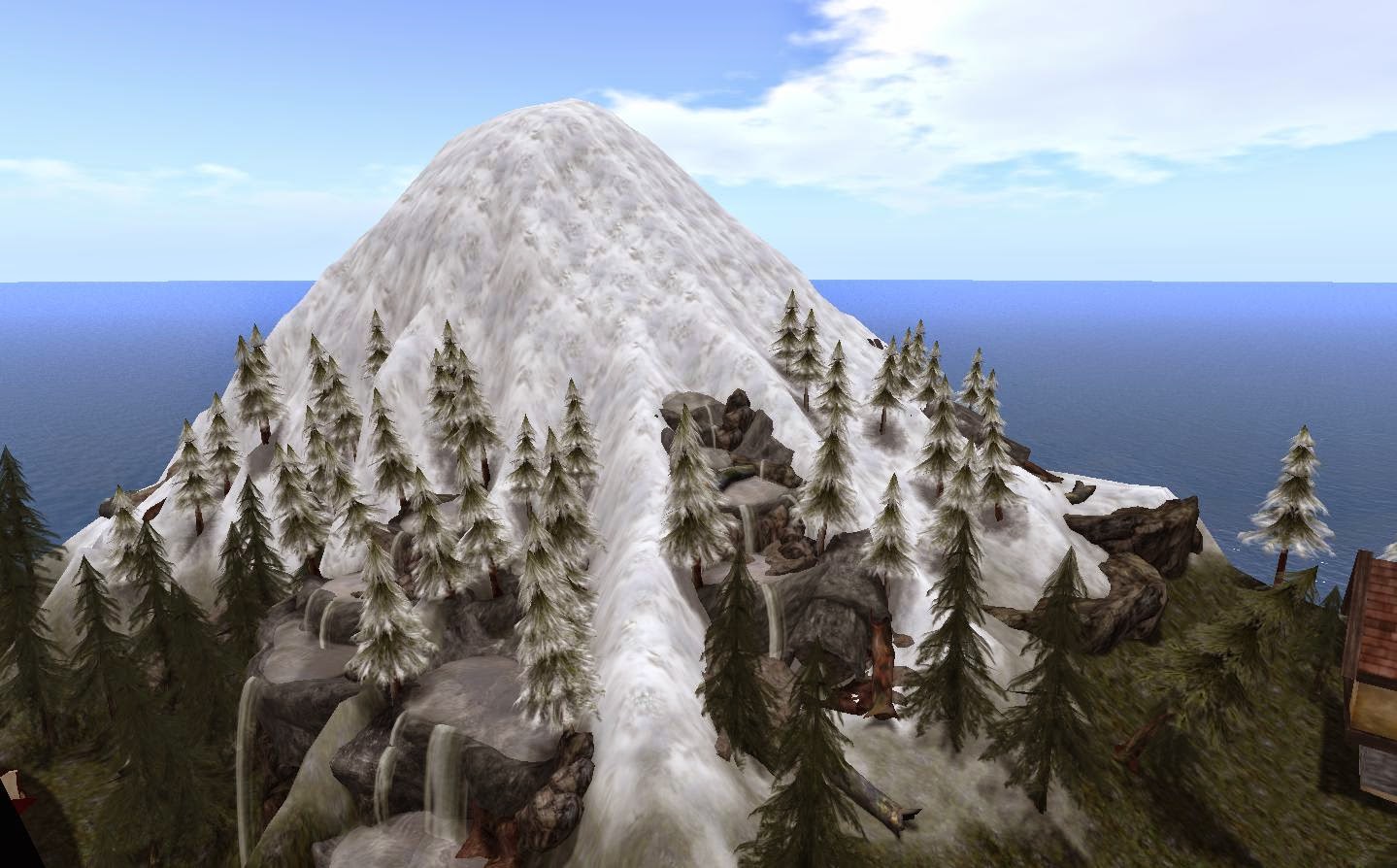 Last week in the Steelhead sim, there were some signs that the highest mountain in the region, Mount St. Helens, was due for an eruption. And on Friday May 16, it blew. 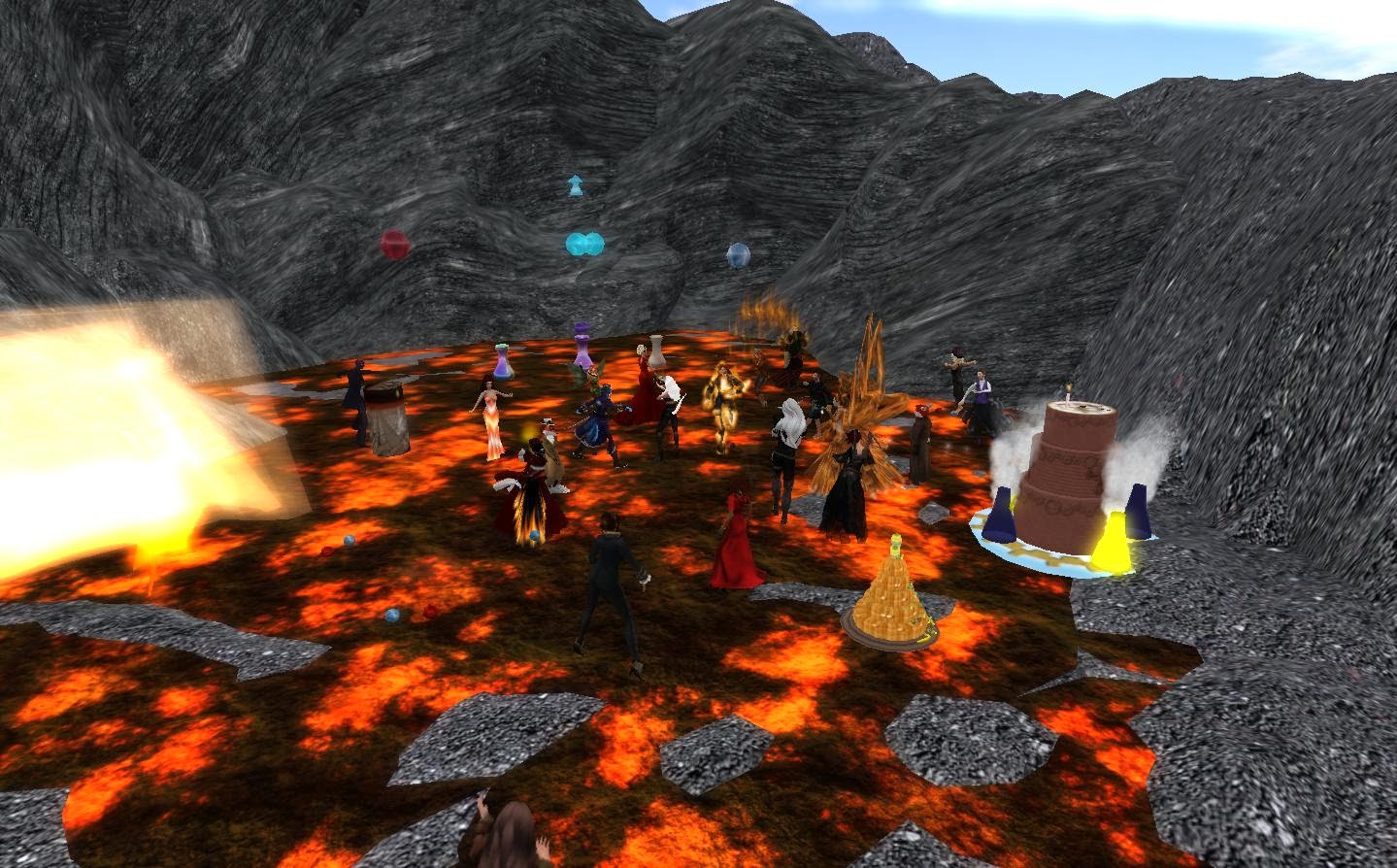 And what did this motley group of mad scientists, elves, faries, weres, and others do when the mountain blew it's top, exposing a lava dome? They threw a party. Fuzzball Ortega was the DJ for the event. The lava and rocks were not static. Once in a while, a dome would bubble up, followed by a mini-eruption, "Oops lava bombed again." "Dang eruption threw me off my nifty steps." 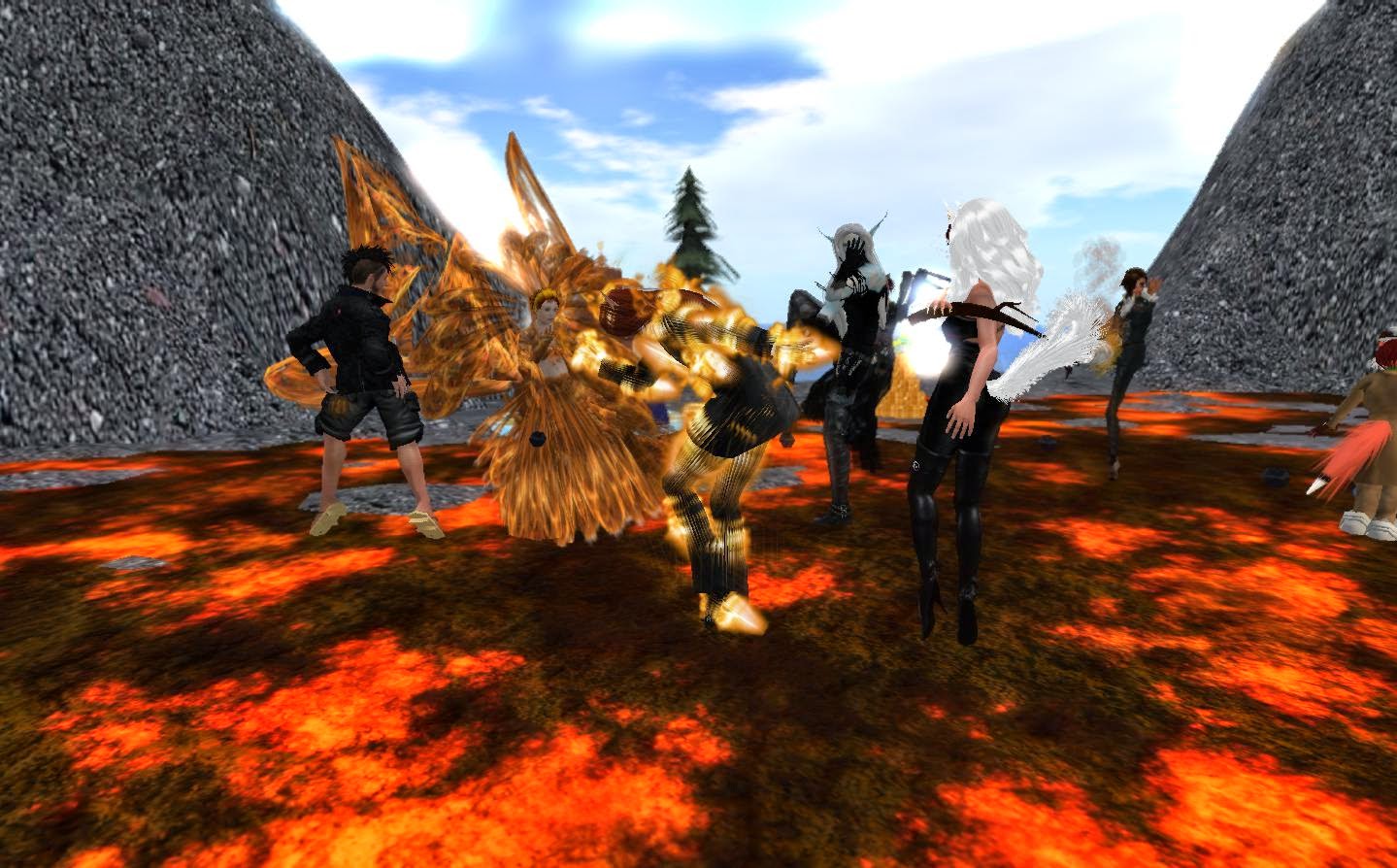 The partiers wore some red and orange dresses, or at least some pretty thick shoes. Well, most of them, "I really wish you'd have given me fire resistant shoes before I plopped here." "(laughing out loud)  my feet are hot." "We test our fire-resistant outfits!" There were also a few firey avatars as well.

At one point, someone joked, "Now may I ask why we are all sacrificing ourselves to the almighty volcano god when really only one would suffice?" Someone promptly answered, "cuz no ones a virgin?" The result was chuckles, followed by more jokes, "Takes more sinners I guess." "We ran out of virgins. Hope the volcano's satisfied with lots of salmon meat." 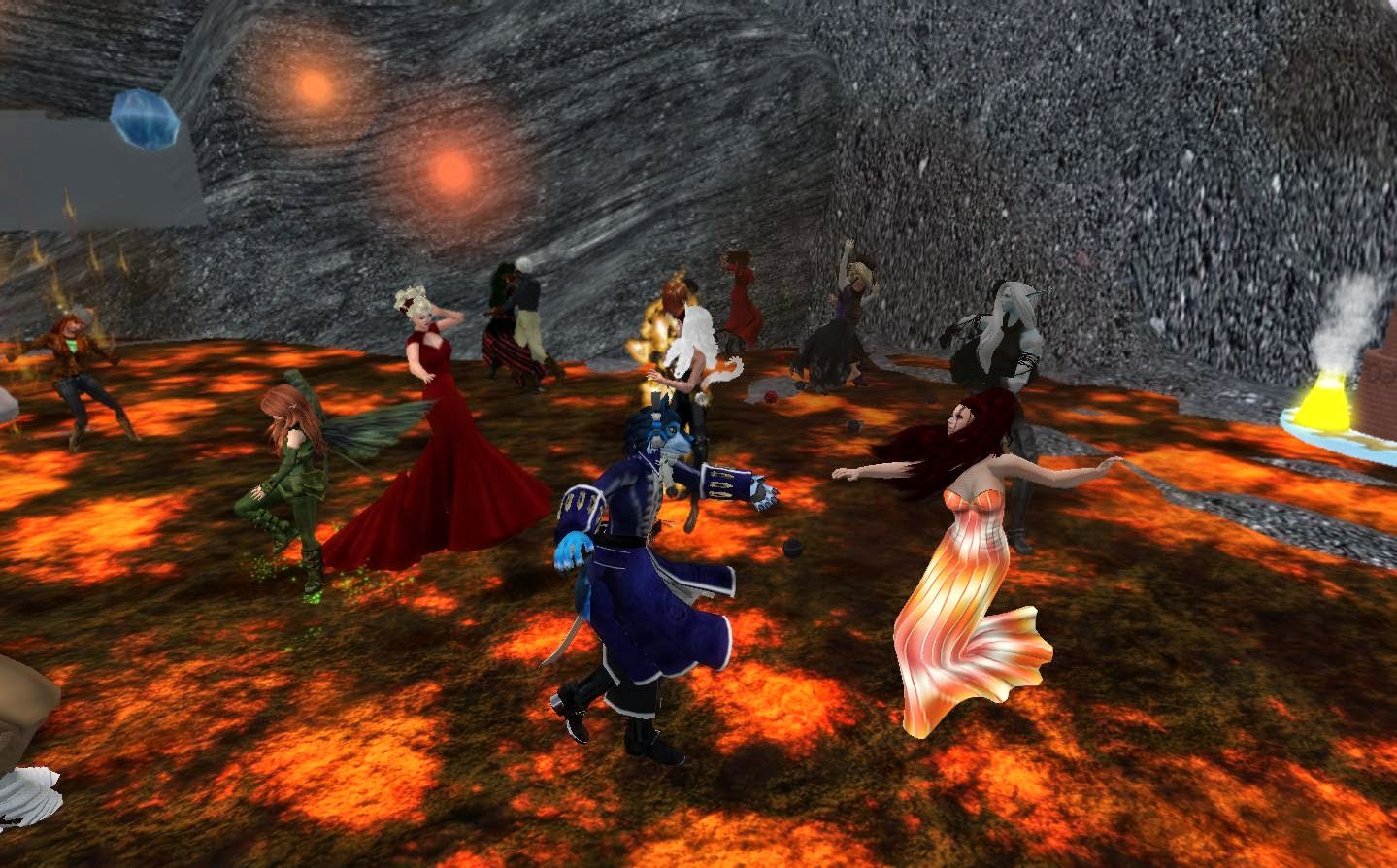 Among those attending were sim owners Totallunar eclipse and  Tensai Hilra. Lunar told, "May 18th is the anniversary of (the) Mt St Helens eruption and coincidentally Tensai's real-life birrthday." Tensai joked, "the explosion was a warning to the world of my being born." There were a couple cakes, one chocolate, one a pile of waffle on a stick, that one could snack on.

Everyone had a good hot time.