It was a fairly typical day in late May at the Podex Exchange. People were talking less about spring and more about summer, and customers dropping in talked about getting swimwear and beach gear. Between clients stopping by, the tellers chatted amongst themselves.There was a little talk about the preparations for the Second Life birthday celebrations, but that was a month away. They talked more about Relay for Life events. One mentioned Mount St Helens blowing up on May 18th, as well as "Towel Day." 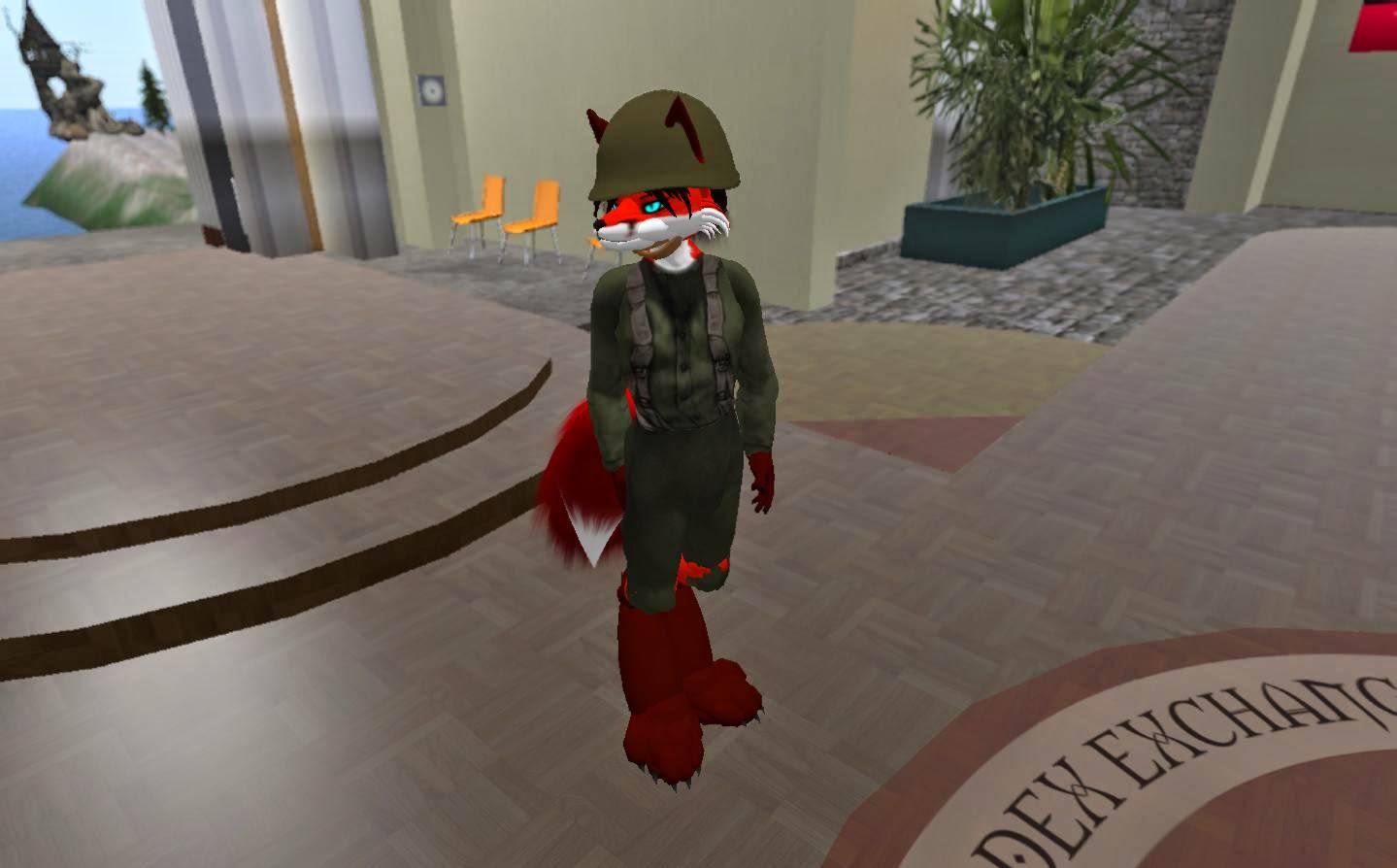 In the middle of their discussions, a visitor walked in. He was foxlike with red fur and a bushy tail. But what also got attention was that he was in an army uniform, green and with a helmet. At least there was no weapon on him, so this was unlikely anyone trying to imitate Clumsy Cooper.

"Um, can I help you?" One of the tellers asked the man.

"Yes," the figure spoke, "I'm with a combat roleplay area, and the place just approved some new mesh weapons. So I need a few Lindens to um, 'requisition' some of the new gear." 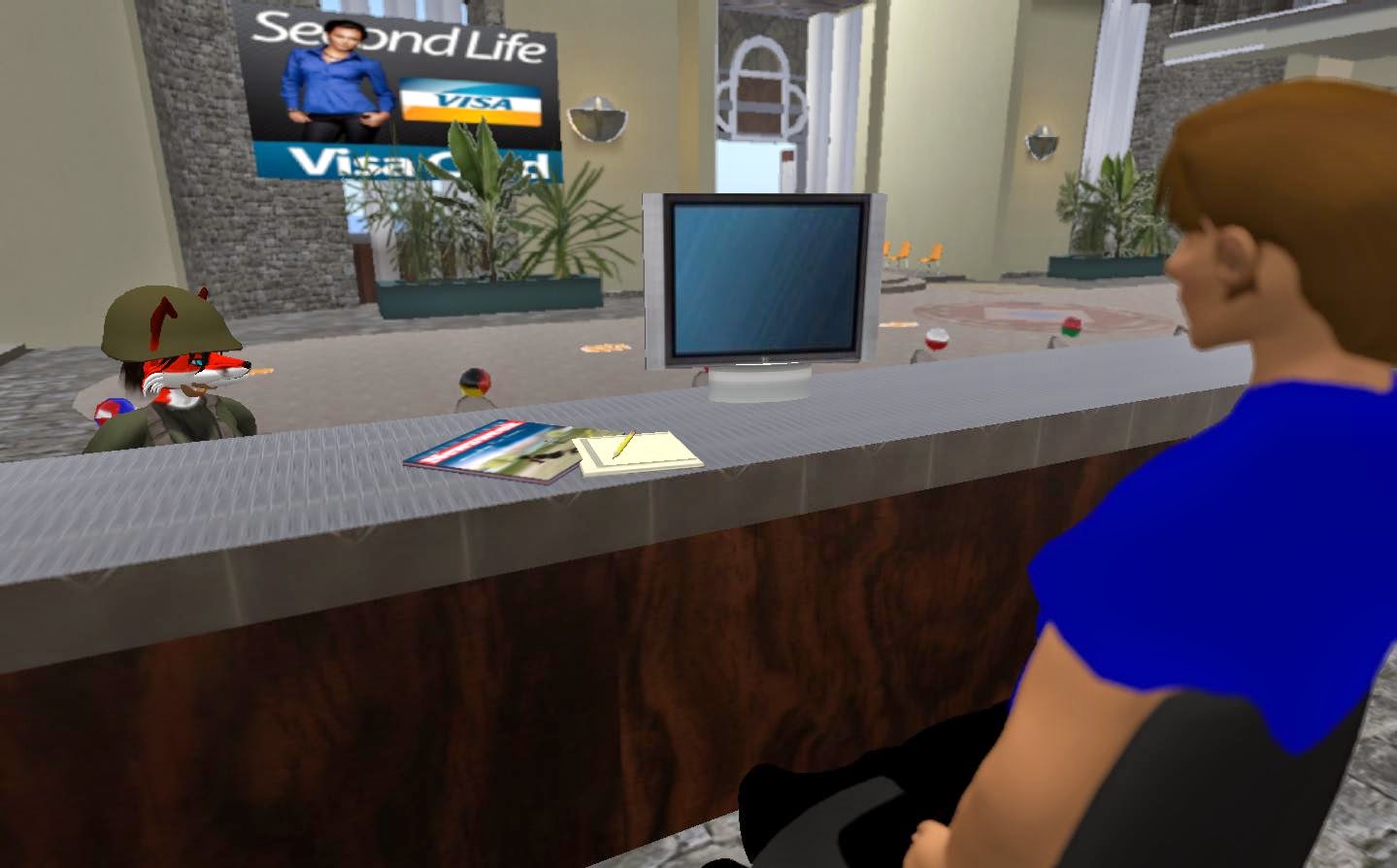 "Well, you've come to the right place," another teller told him, "We accept US Dollars, Euros, and several other currencies."

"Just plain 'ol US bucks," he spoke, glancing around, "What's this about a Visa card?"

"It's a pre-paid Visa card," the teller explained, "You can load it by Paypal or money transfer. Completely anonymous. We send it to your doorstep."

"Maybe another time. For now just the Lindens."

"Certainly, just fill out this paperwork ..."

It wasn't long before the necessary papers were filled out, and the exchange was done.

"Thanks, now I can get the better weapons."

"So how big is this combat roleplay area?" one teller asked.

"Well, each side has seven companies, ours labeled from A to G. I was with Easy Company for a while. But just after I got this avatar, I was transfered to," he paused, "Fox Company."

They had a good chuckle, and the client went about his way.

Note: the preceding is a fictional story written for the purposes of both advertising and entertainment.