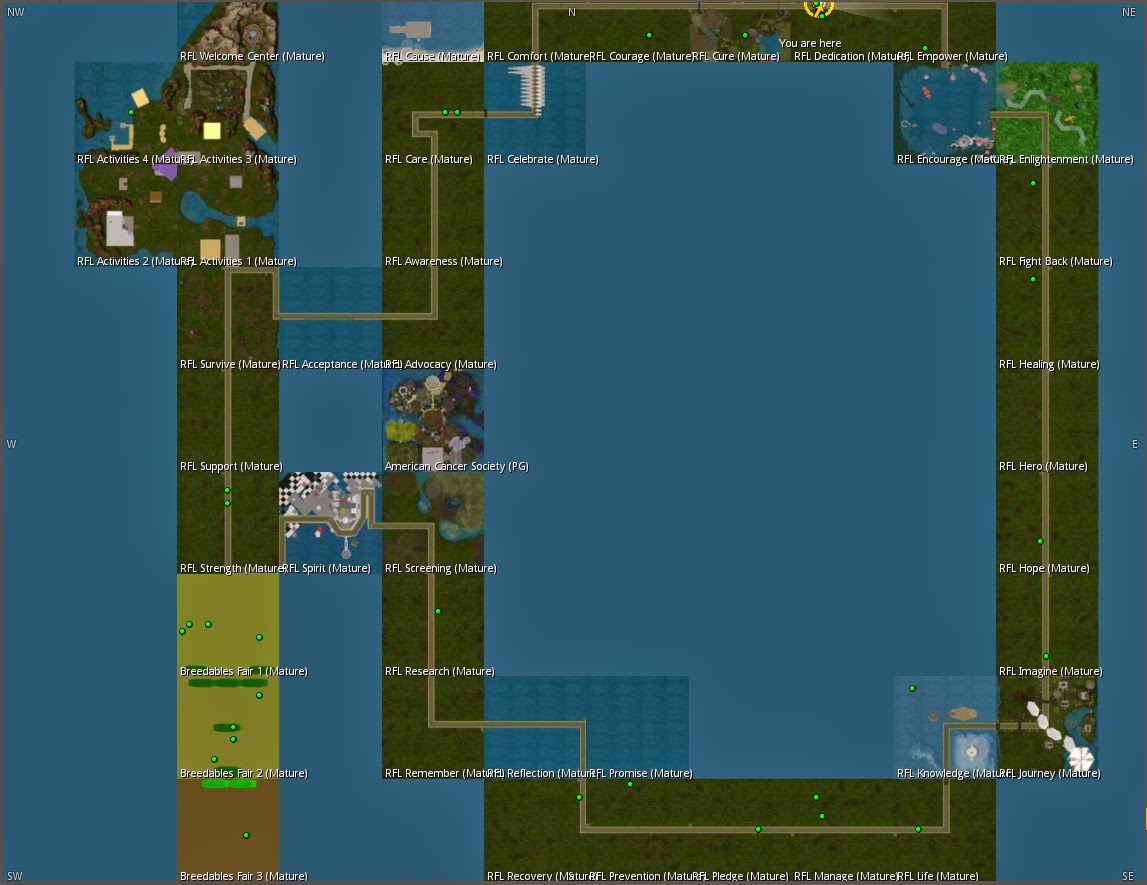 With just a couple weeks left until the Relay Weekend, the high point of the RFL season, the sims of the track are online. There are a total of 43 sims, including those for the Breedables Fair and some for activities. But the bulk are for various team exhibits. The shape of a "10" is in tribute for the RFL in SL now having it's tenth season.

The Sunbeamers, the team of the Sunweaver Estates where the Newser office makes it's home, will be having it's exhibit in the northwest corner of RFL Dedication. Some work on the place has already began, with plans for a tribute to the now gone Passionate Redheads team as one of the displays, though not the only one. Until it's finished though, any pictures of the place will just be "teasers," not showing much.

The opening ceremony will be at 10AM SL time on Saturday July 19, after which the event goes on for over 24 hours, closing at about Noon SL time on Sunday July 20.