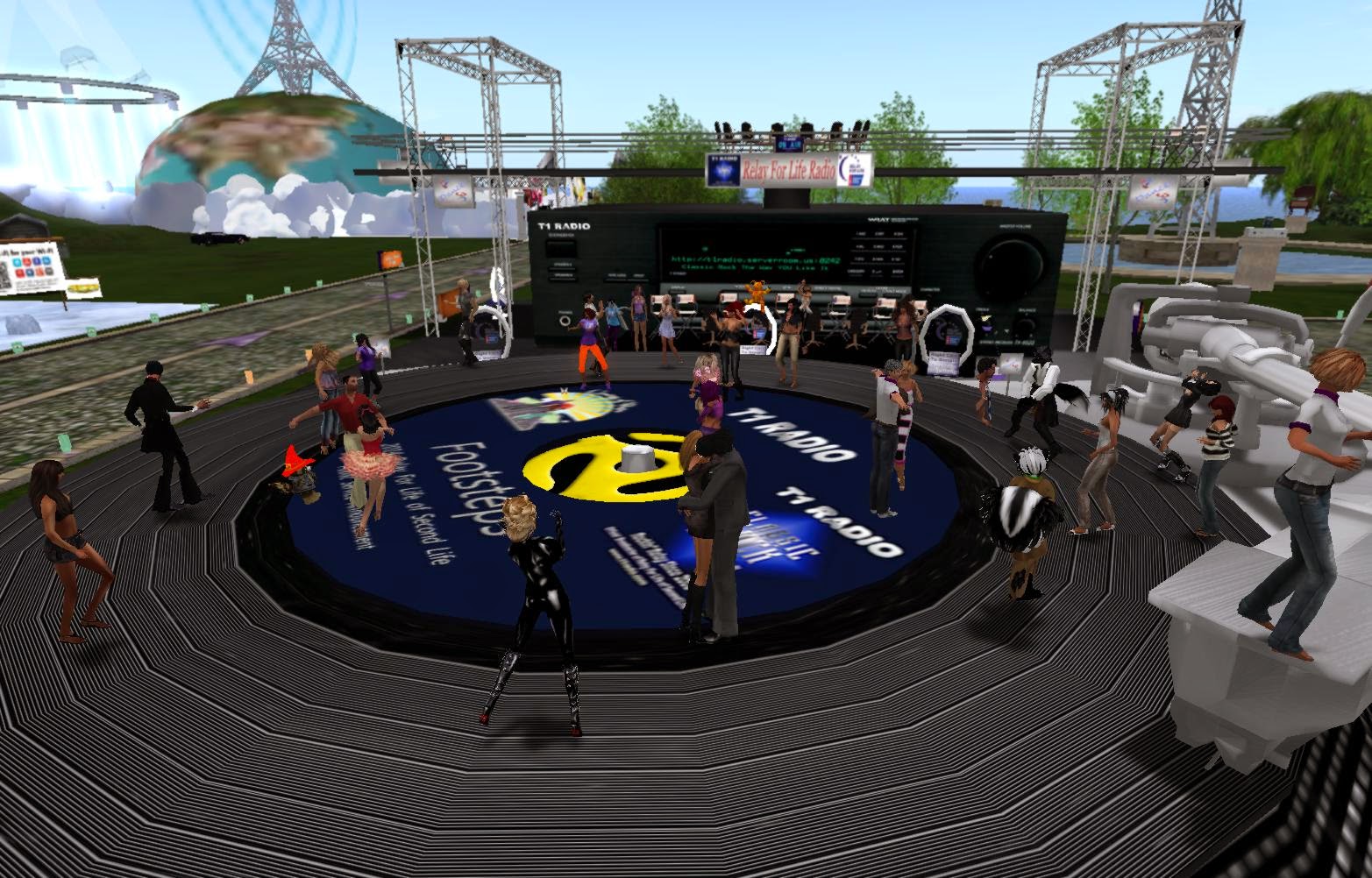 With the Teardown postponed for a day, the Relay for Life Weekend's track saw more activity as people took the time to both visit builds they hadn't yet seen up close, and to hold impromptu parties. Individual teams held small gatherings at their camps, which sometimes attracted well-wishers dropping in. Plus there was the event held by T-1 Radio on Wednesday afternoon.

At the Relay station's record player build, Trader Whiplash played the tunes while the Relayers danced away. People talked and joked and cheered one another, congratulating one another for a job well done. 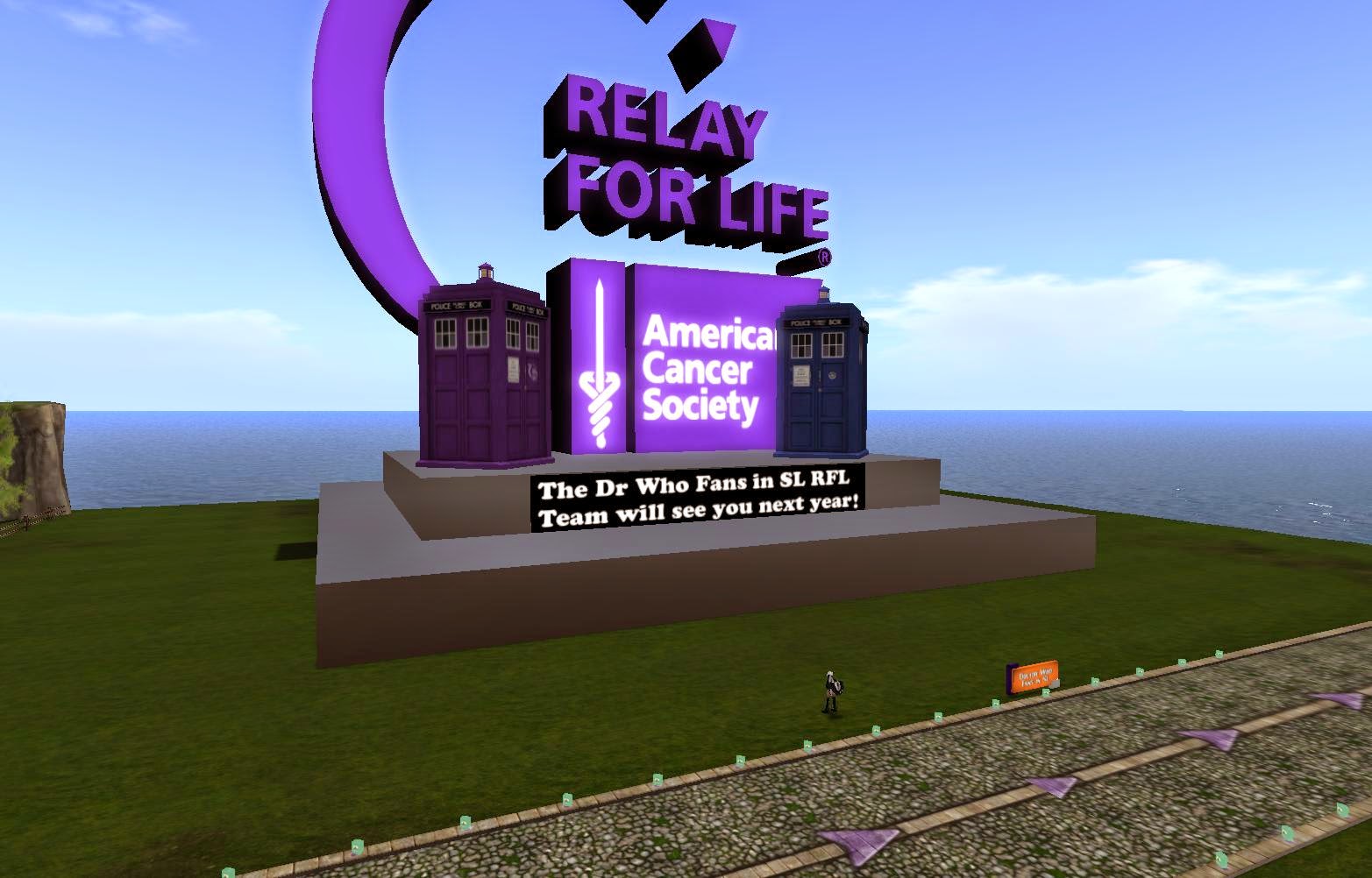 Thursday was The Teardown. While a few builds remained up until late in the day, most were down or were in the process of being taken down by the time some American Relayers were getting home from work.

Hey folks!  As we move in the wrap-up of Relay Weekend I want to take a moment to say thanks for making this year's track such a success and so easy to maintain!  I barely had to ask anyone to move their items back onto their parcel!  YAY!  I'm tearing it all down now so be advised I will be returning items on the track to their owners.  Later tonight, we will return any builds that have not been removed in order to prepare to return the regions to Lindens and hopefully, be ready for next year!  Thank you! 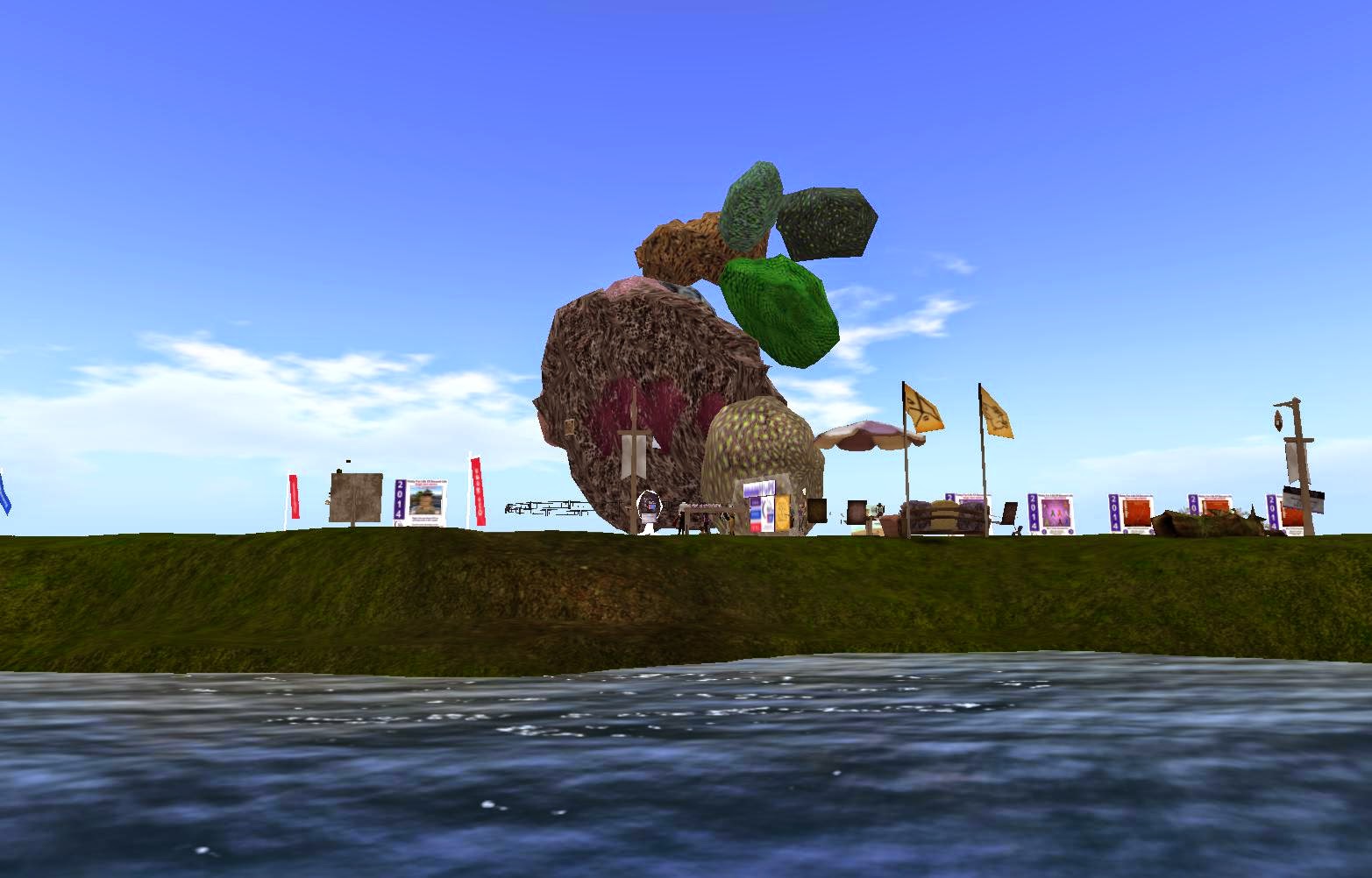 I was able to see some members of Team Aether Chrononauts making an event out of their teardown, taking parts of their build, hoisting them into the air, unlinking the prims, and letting the pieces drop. But usually camps were taken down quietly without any announcement. 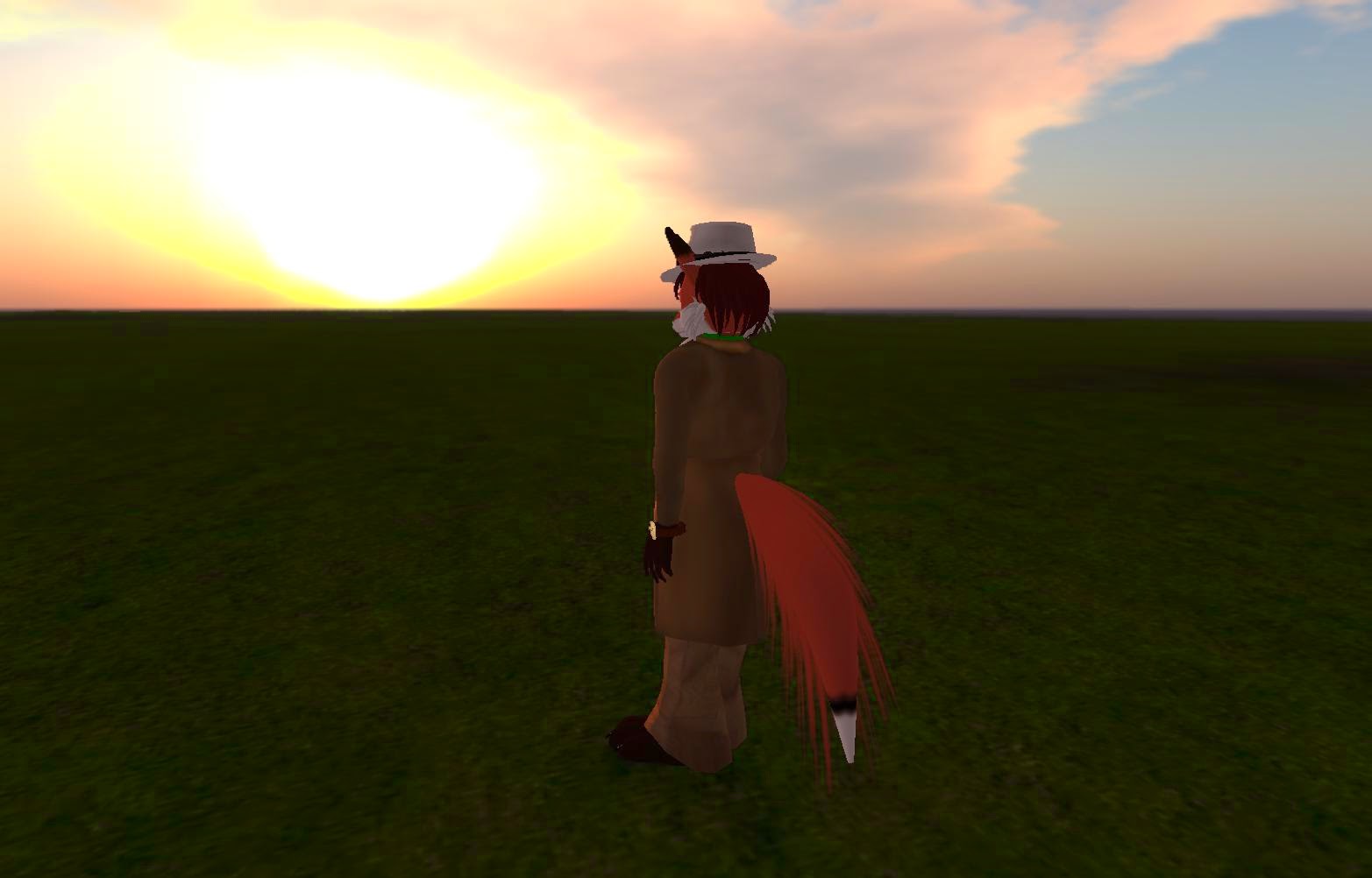 And so comes the end of another Relay season. While technically it won't be the end until the official wrap-up party in August, for most Relay volunteers this is the end of the long event. A few were talking about the Relay in the InWorldz Grid, or the Christmas Relay Expo.

The Relay wasn't all fun and games. There was a griefer incident involving "sim crashers," which was quickly squashed. There was also a protester against the American Cancer Society mentioned in Relay chat, but witnesses were saying he wouldn't offer any evidence of his rants. A couple teams also told me of nerves getting frayed and tempers flaring a little as the Relay Weekend approached and it was crunch time, but differences were patched up.

But for just about everyone, the 2014 Relay was a happy time, which left happy memories, and will be missed. At least we have records of it.

The Newser will soon have it's show of scenes from across the track. For now there are other links one can go to.

The Relay Weekend was the last event of it's size in Second Life until Burn2 in October.