On July 9, Linden Lab announced they were updating their policy on "Skill Games," games that offer a prize of Lindens and require a number of Lindens to play but are not technically considered gambling by Linden Lab. Originally, the new rules were going to go in effect on August 1st. On July 29, the Lab stated they were extending the deadline for the makers and owners of the games to comply with the new regulations by a month.

... we are changing the date that the changes described in our previous blog post go into effect. Instead of starting on August 1, the updated Skill Gaming Policy will go into effect on September 1, 2014. The original blog post and the FAQs will also be updated to reflect this new deadline. 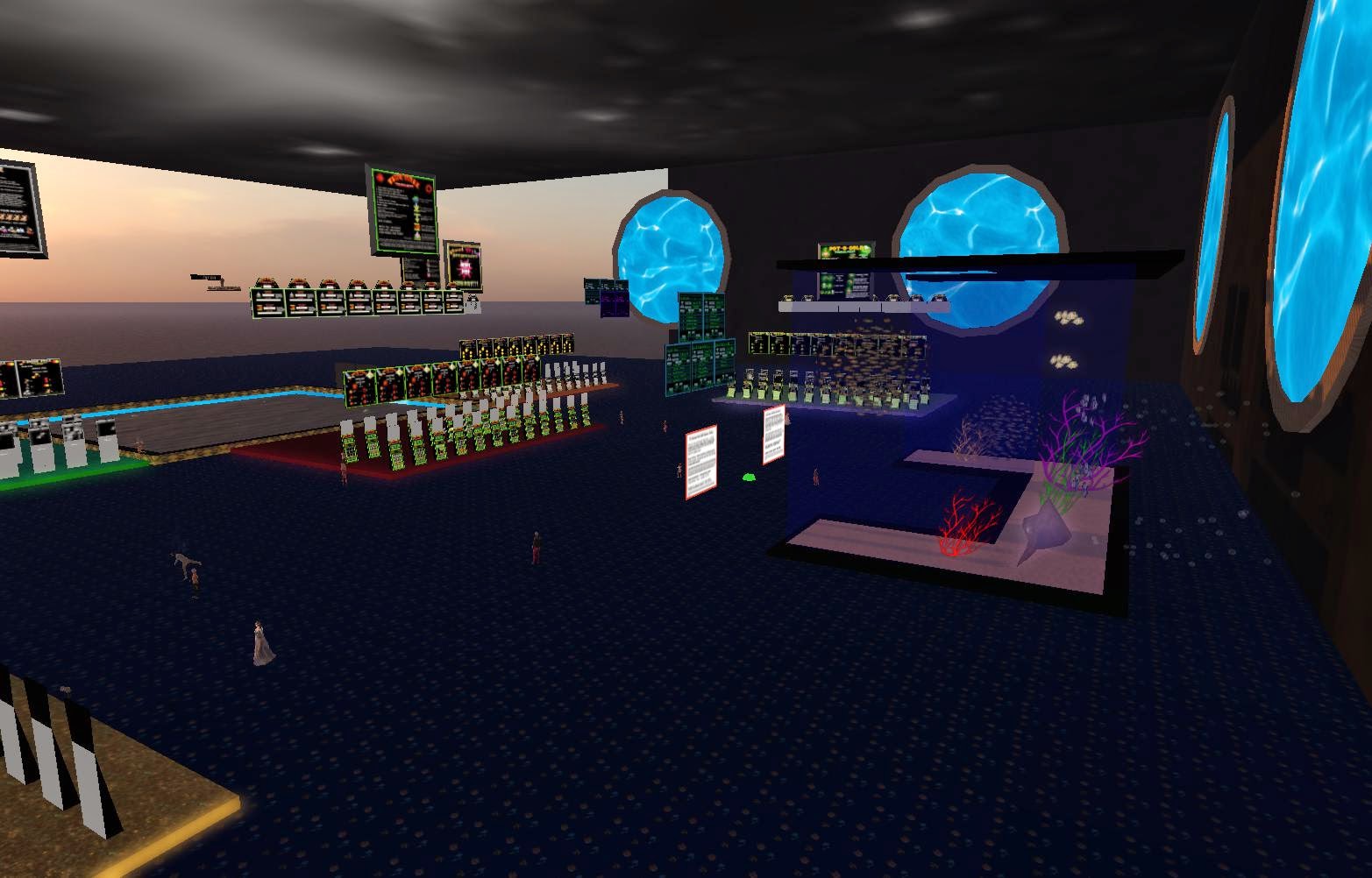 The Lab stated they had "recieved many applications" from people wanting to be approved to build and set up the games. But one "Skill Game" manufacturer and owner, Foxyfurman Kumaki, the avatar behind PI Games, had a statement given out by notecard at his Fishbowl Games gaming hall that informed people he would not yet be ready.

We want to be clear that as of September 1st 2014, games made by Foxyfurman Kumaki will NOT be compliant and therefore not allowed in Second Life due to Linden Lab’s new Skill Gaming Policy and its accompanying new TOS regarding skill games in Second Life, and accordingly, we cannot support or endorse the continued operation of these games in any form.

To be very clear if the object OR the scripts have Foxyfurman Kumaki as the Creator, the item is NOT compliant and cannot be allowed to run as of 9/01/2014.

Pi Games LLC, is in the process of considering and developing a free to update solution to the solo owned games currently on the grid that will meet the requirements of Linden Lab’s new Skill Gaming Policy and its accompanying new TOS regarding skill games in Second Life, including the requirement and necessity of pro-actively complying with all applicable Federal and State law, and anticipates having a release to the general population within 120 days.

Contacting him via IM, Foxyfurman Kunami stated he knew at least one other game maker whom also would stop operations of it's games. He stated he would inform the Newser if and when his games received approval by Linden Lab.

And so, Linden Lab's new policy on "Skill Games" is already resulting in people in the industry suspending operations, at least for a time.