This event, the last of the Giant Cross-Country Snail Races, took place eight days ago on July 12. It was held on Second Life's mainland on the continent sometimes known as Heterocera. It was truly a long one, going across forty sims from the traffic circle next to the "Motel 7" at Fillip to next to the Hobo Railroad Infohub in Calleta. 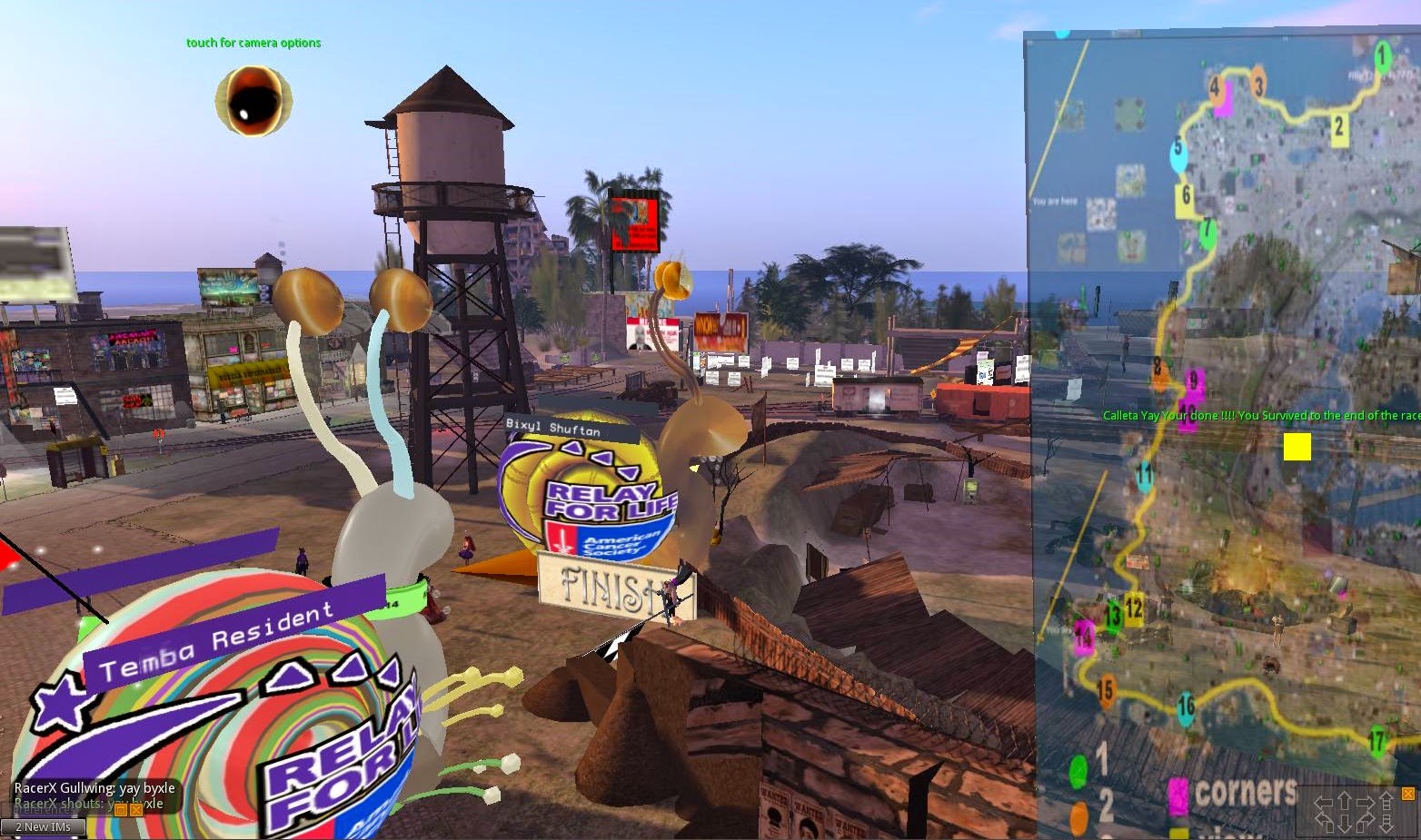 This time instead of just watching, I decided to take part in the race, getting one of the 500L scarves. Normally me and the others with it would have started back a good distance from the ones whom put down 2500. This time however there were some technical difficulties, so we got to start closer, though still behind.

I wondered if lag would end up helping me out to a middle position. Instead it worked against me, and I crashed a number of times, ending up further and further behind the pack. At least there was plenty of scenery, and not as much trouble from ban lines as I worried about.

Gareth8 Albatros was the winner, followed closely behind by Snurky Snoodle, with Shady Fox third. Yours truly came in dead last. You can see me coming in the finish line in the video's closing credits. Still, for refusing to quit and making it to the finish line, Giant Snail Race organizer RacerX Gullwing handed me one of the trophies.