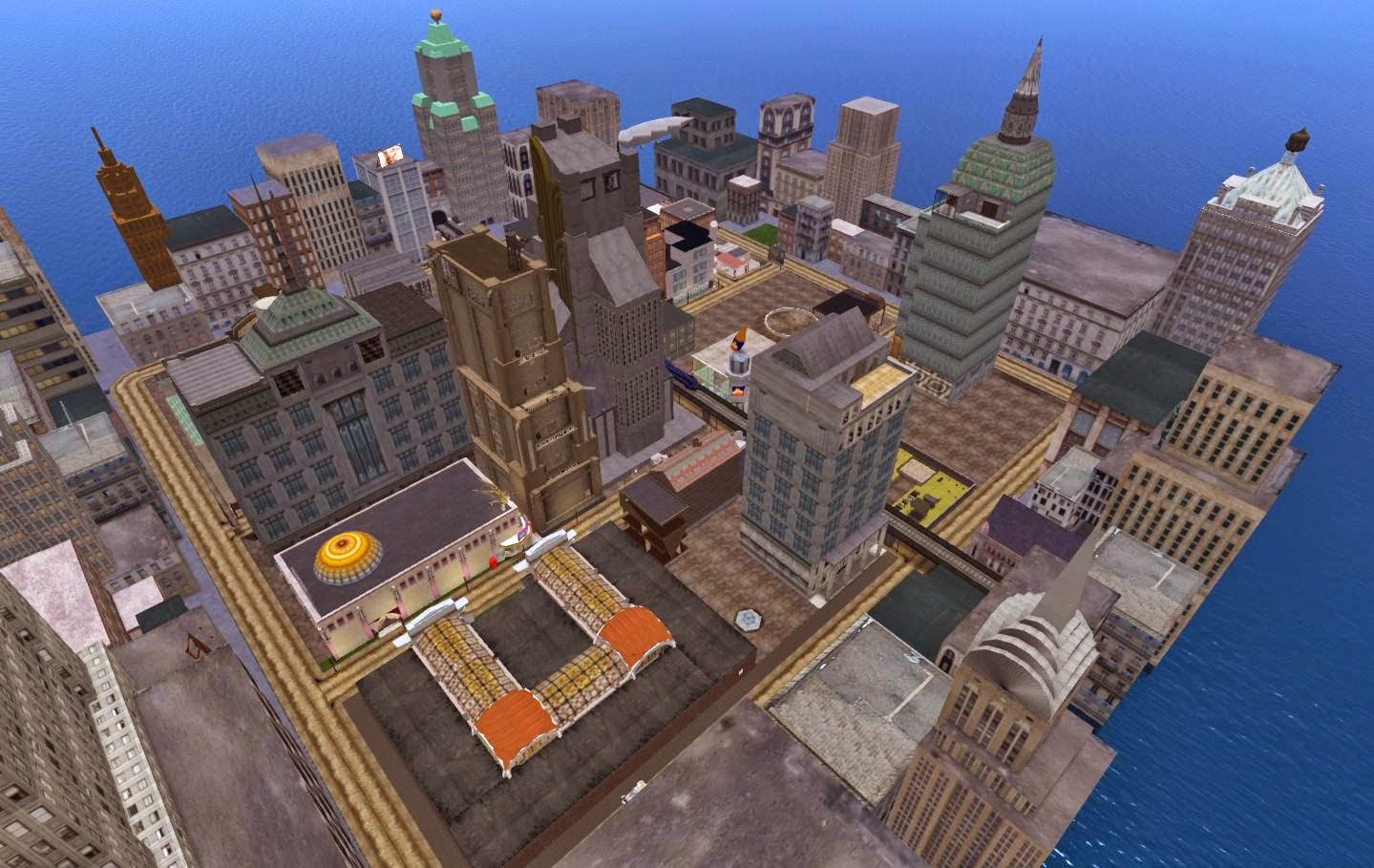 In February came news that the retro 30s or "Dieselpunk" sim of Seraph City was in trouble, about to vanish the following month. But some fans stepped in, and the builds were moved to a new sim, so it had been saved, so it appeared.

Alas, it was not to be. After reading on Jo Yardley's blog that Seraph City was gone, I headed to the Symbiosis sim where I last saw it. And indeed the city was nowhere to be seen.

It is sad that these plans now officially seem to have failed, the land has been sold, all prims returned and a new owner appears to have completely different plans.

Farewell to this tribute to the retro-future black and white movies.
Posted by Bixyl Shuftan at 6:01 AM