Sunbeamers' "Bid Me" Nets Over 31,000 Lindens for Relay For Life 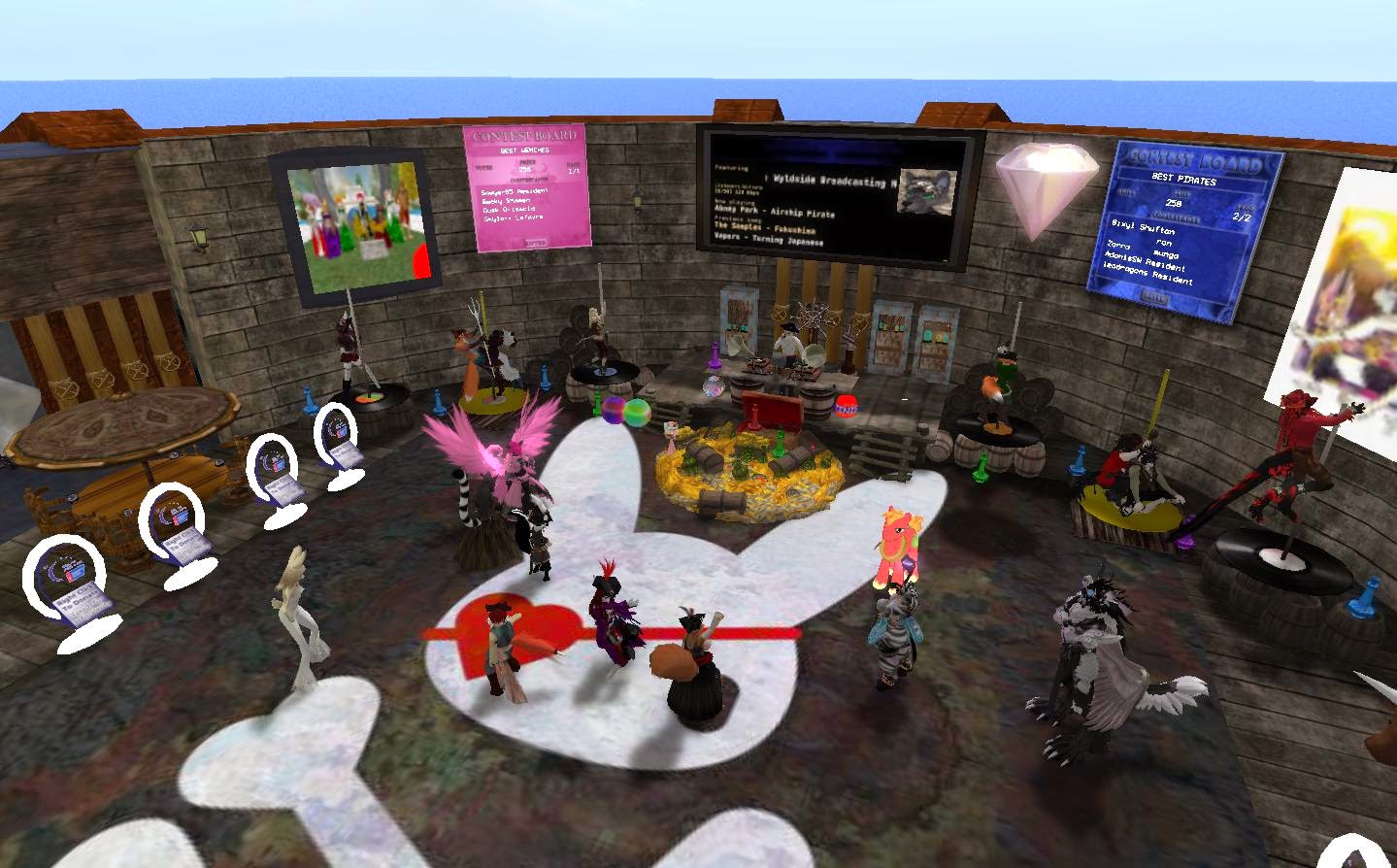 Saturday July 5 was the last day for bidding for the Sunbeamer's latest round of "Bid Me" events. Three of the team, Perri Prinz, Brandi Streusel Tungsten, and Second Life Newser's Bixyl Shuftan put their hides on the line. The first two offered to go about in human avatars until after the Relay Weekend was done. Bixyl offered to "go skunky" until after the last of the Relay Walk track exhibits were cleared. Two kiosks for each, one for the change and one for staying the same, were placed at Club Cutlass. Following their Pirate Ball from 6 to 8 PM, the results were tallied. 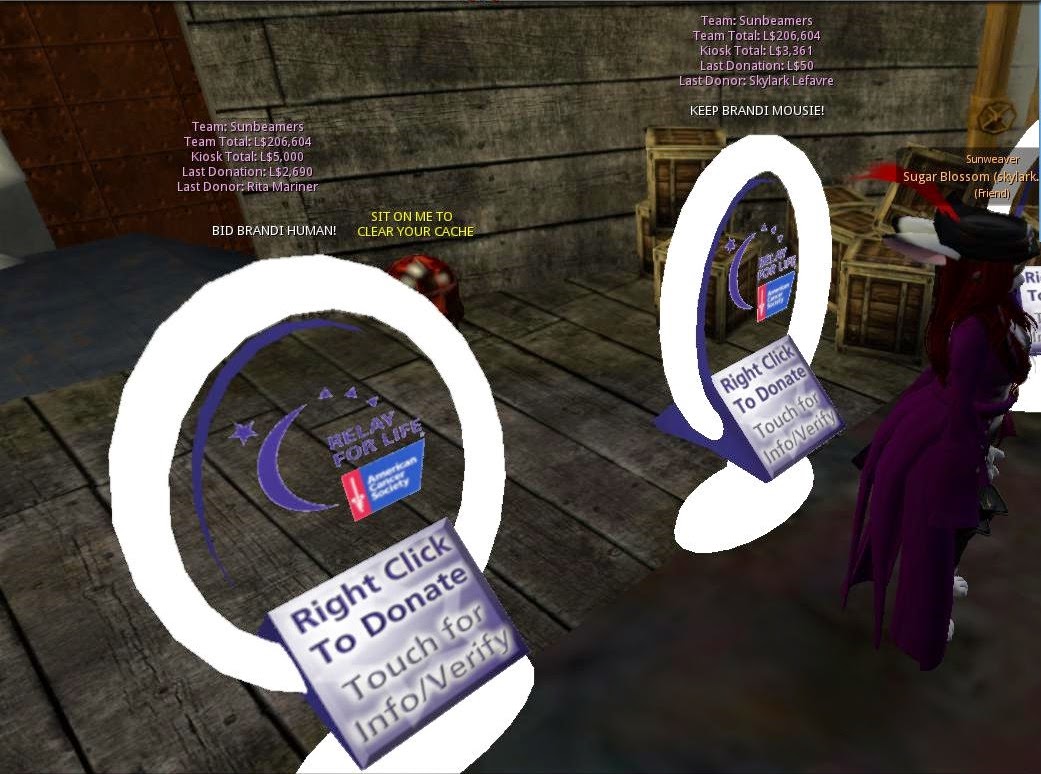 Brandi Streusel Tungsten brought in the second highest with a total of 9361 Lindens, 6000L in favor of "human," 3361 L for her staying a mousegirl. 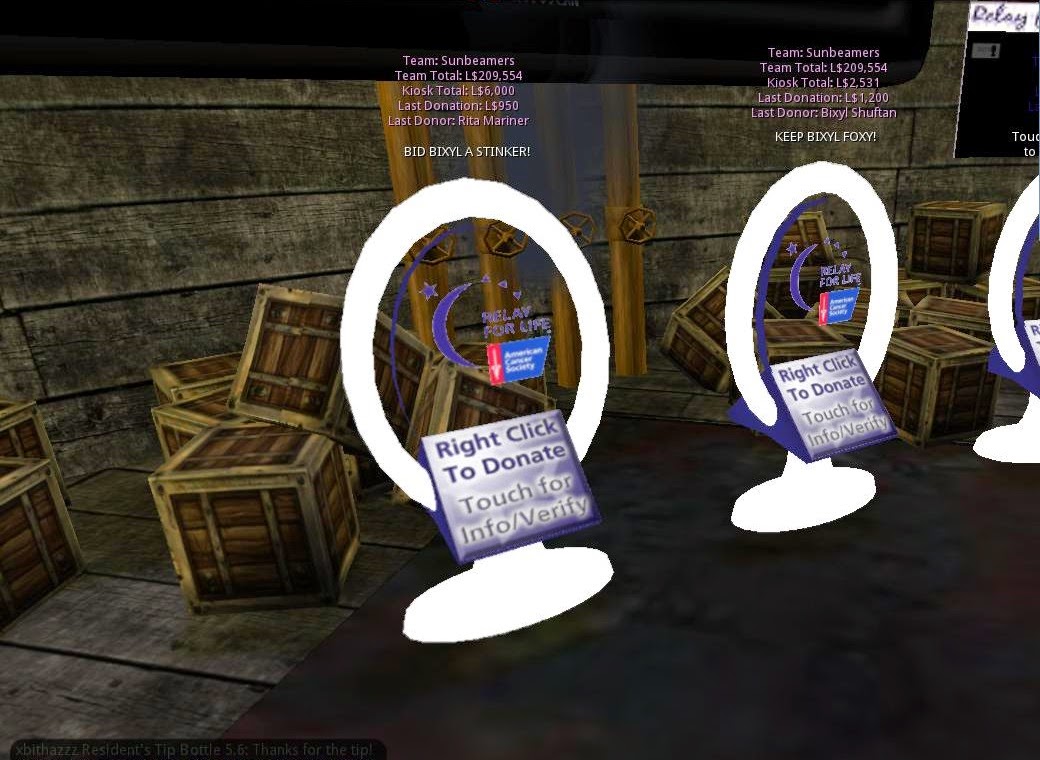 Also up for bid was Nydia Tungsten doing a video of the bidder's choice. The top bid went to Dusk Griswold for 2400 Lindens. Lastly was an advert in the SL Newser for the top bidder. The top bid was 1000L by Rita Mariner. 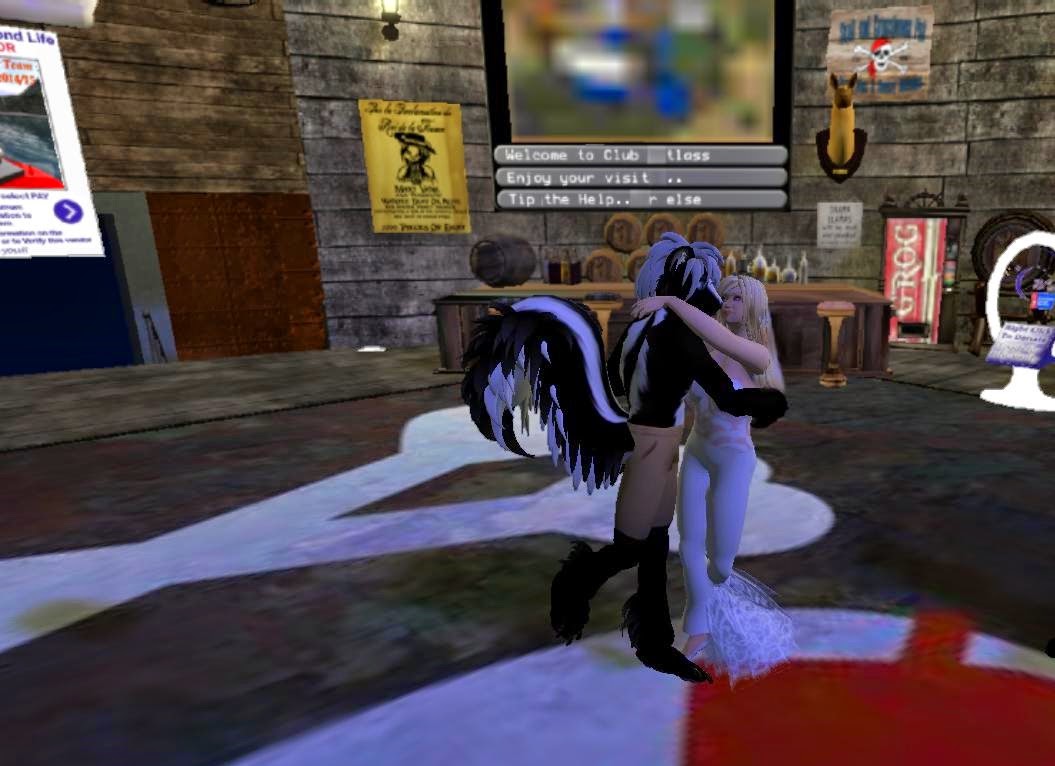 The Relay continues on, with future events for the Sunbeamers including a road rally at the Pacific Waters sim and a Skunk Party at Club Zero Gravity. The main event of the Relay season, the Relay Walk, is from Saturday June 19 to Sunday June 20.