A Tribute to The Airliner Tragedy 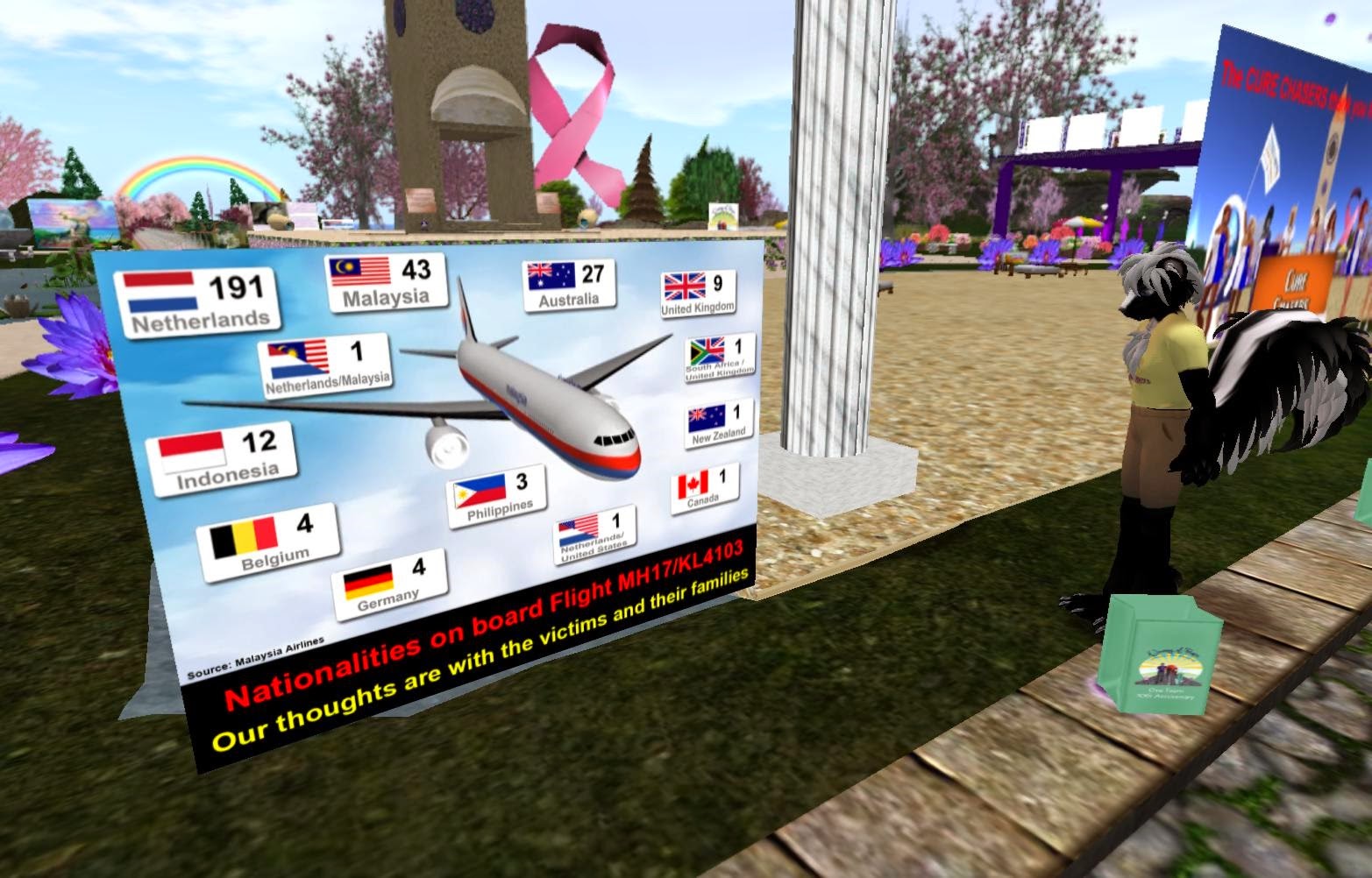 Last week, Flight MH17 of Malaysia Airlines crashed in the eastern Ukraine, has been the scene of conflict between the country's armed forces, and pro-Russian separatist rebels trying to break the region away from the country and unite with Russia.  The cause of the plane's demise was quickly found to be an anti aircraft missile. Although the Russians and rebels claim the Ukrainian government shot down the plane, there is evidence that the separatists, using Russian equipment were the cause of the disaster. Of the 298 people killed, the majority were Dutch citizens, resulting the country being in mourning. The airline, already in trouble from another of it's planes vanishing somewhere in the Indian Ocean earlier this year, may not survive a second disaster.

While on the Relay track, I came across this tribute to those who perished on the plane, showing the nationalities of those who were killed.