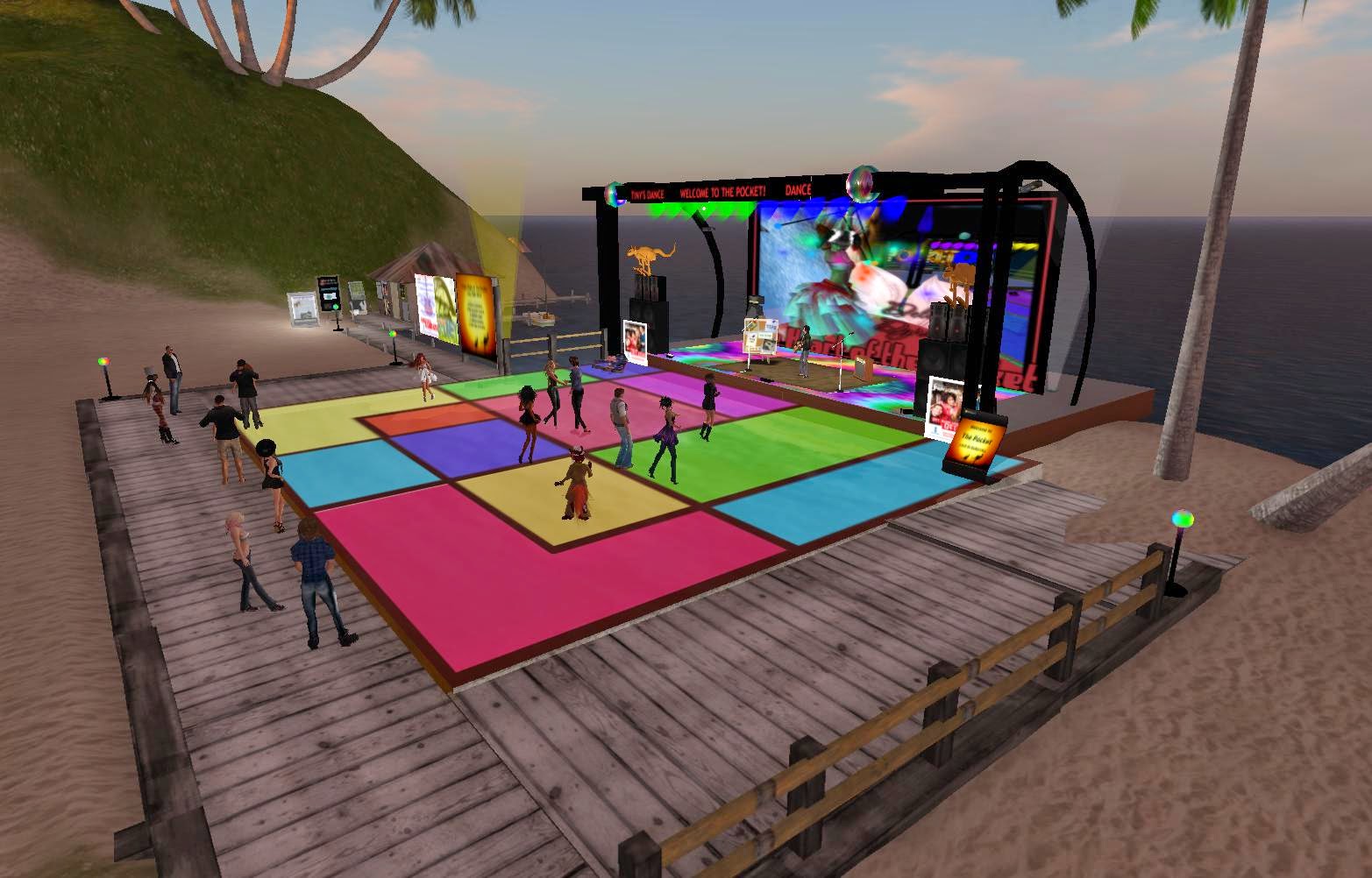 On Friday July 25th, the Australian club "The Pocket" held what is likely to be the last of it's regular events at least until next year. For some years, the venue has hosted live music events every Friday night in Second Life. On this final night, musicians such as GregEllisToronto Resident, Beth Odets, and OhMy Kidd performed the crowd. OhMy was not only one of the musicians, but also an owner of the club.

Chatting with OhMy via IM, he stated events in real life were making it unable for him to continue to keep holding regular events at the club. He hoped that he would be able to resume normal operations in early 2015.

"The Pocket" was at one time co-owned by the late Delinda Dyrrsen, whom was one of the staff at the noted "Tonight Live" talk show, and was a coworker of Second Life Newser's editor at SL Newspaper. 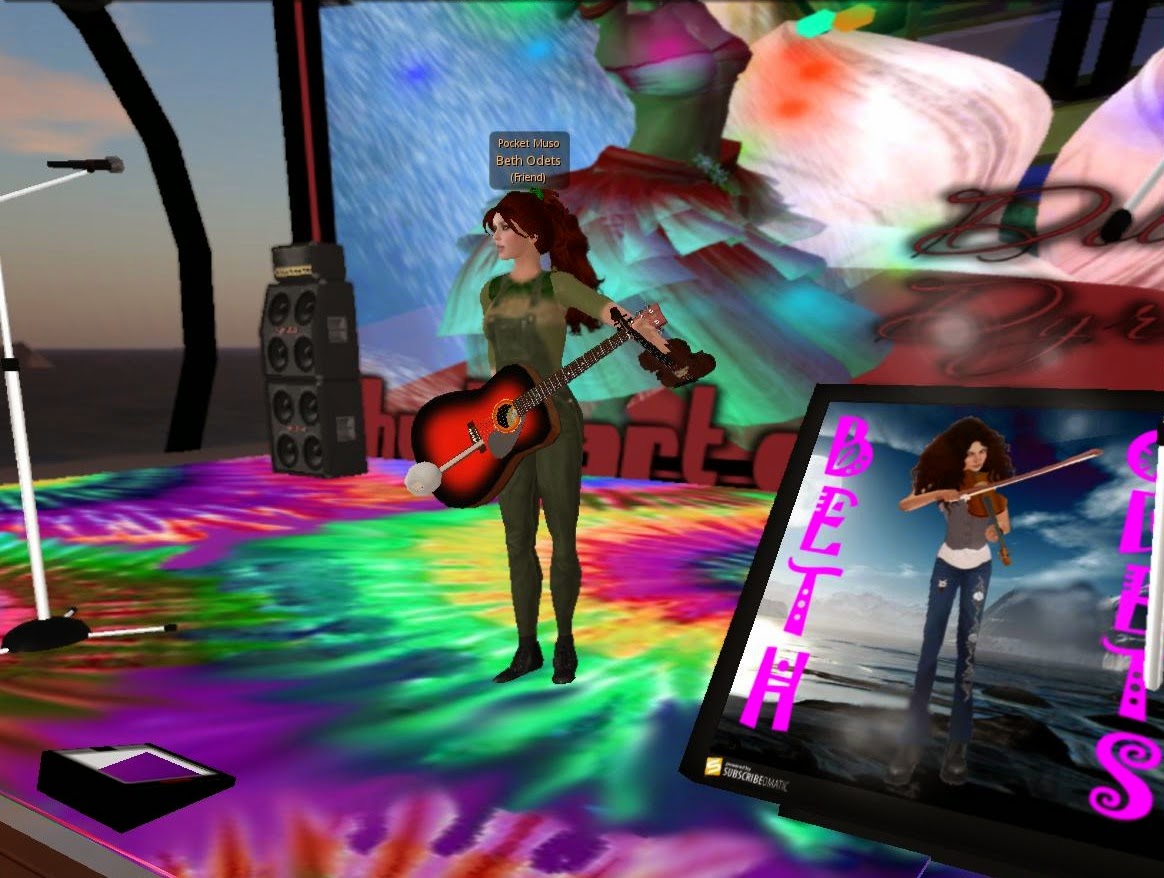 July  will be the last month of regular scheduled Friday night shows at The Pocket. The Pocket is as successful as ever with great music, great audiences, and great fun so we are going out on a high!

In August we will hold the 7th Jamm for Genes in SL raising funds for the Children's Medical Research institute. Last year we beat our target of L500,000 - can we go higher in 2014?

Our final concert on Vahalla will be in December, rounding off the year with a concert to congregate, celebrate and commemorate the people, players and punters from seven years of The Pocket.

We will maintain a stage at the original location of The Pocket in Fendahl , and continue to support Jamm for Genes in SL as an annual event, and to support other SL fundraisers, awareness raisers, and worthy causes. 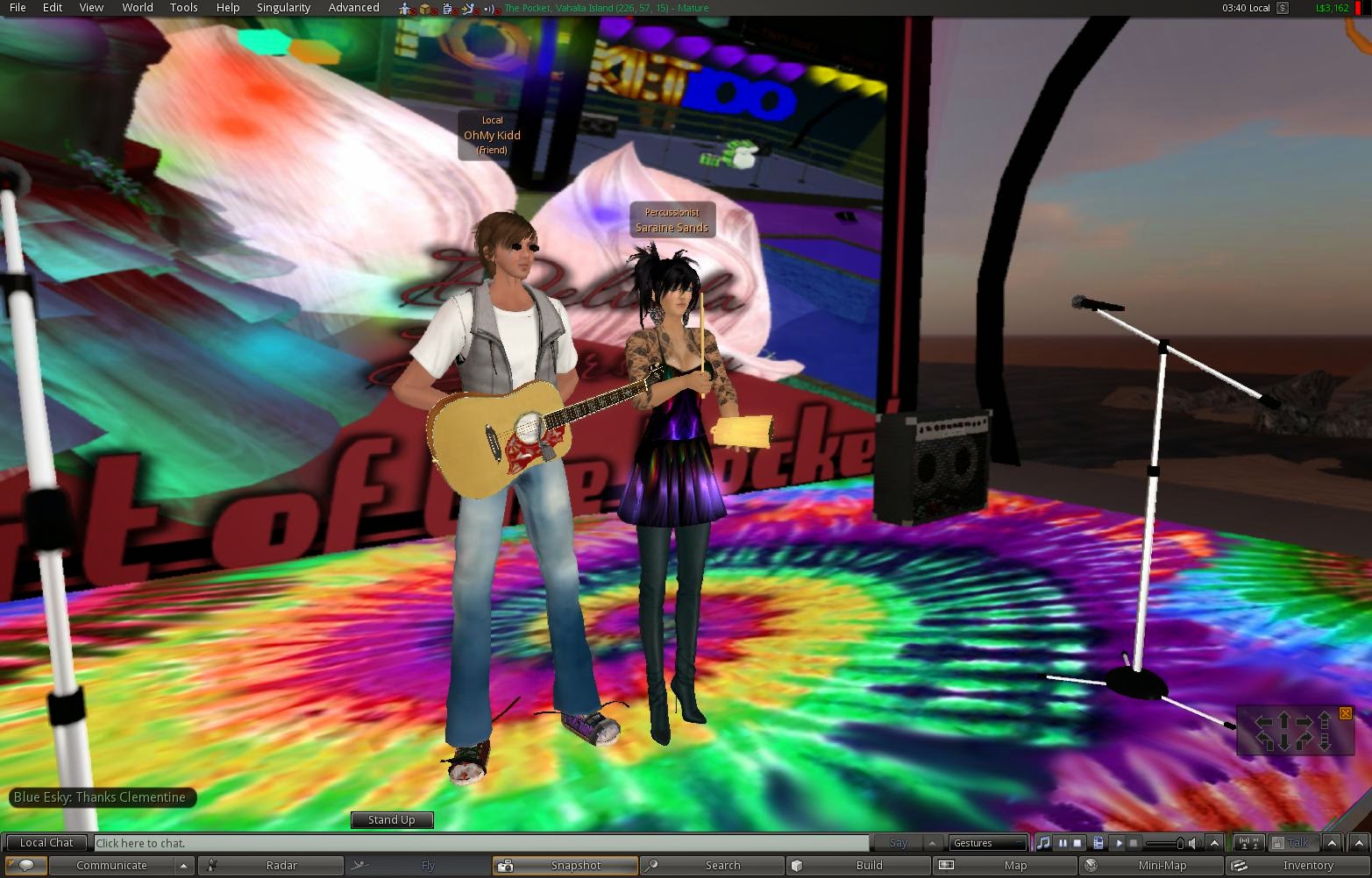 I must take this opportunity to thank bundy for her visionary creation that made The Pocket possible at Vahalla, Freestar for her generous support of The Pocket at Freestar Bay, Delinda for making The Pocket dream come true in the first place, and to the Roo Wranglers, especially Autumn, Cellandra, & Mayo.

I cannot thank the musicians enough  - I do hope that someday you will get paid what you are worth!

Peace and Love
OhMy Kidd
Posted by Bixyl Shuftan at 6:30 AM