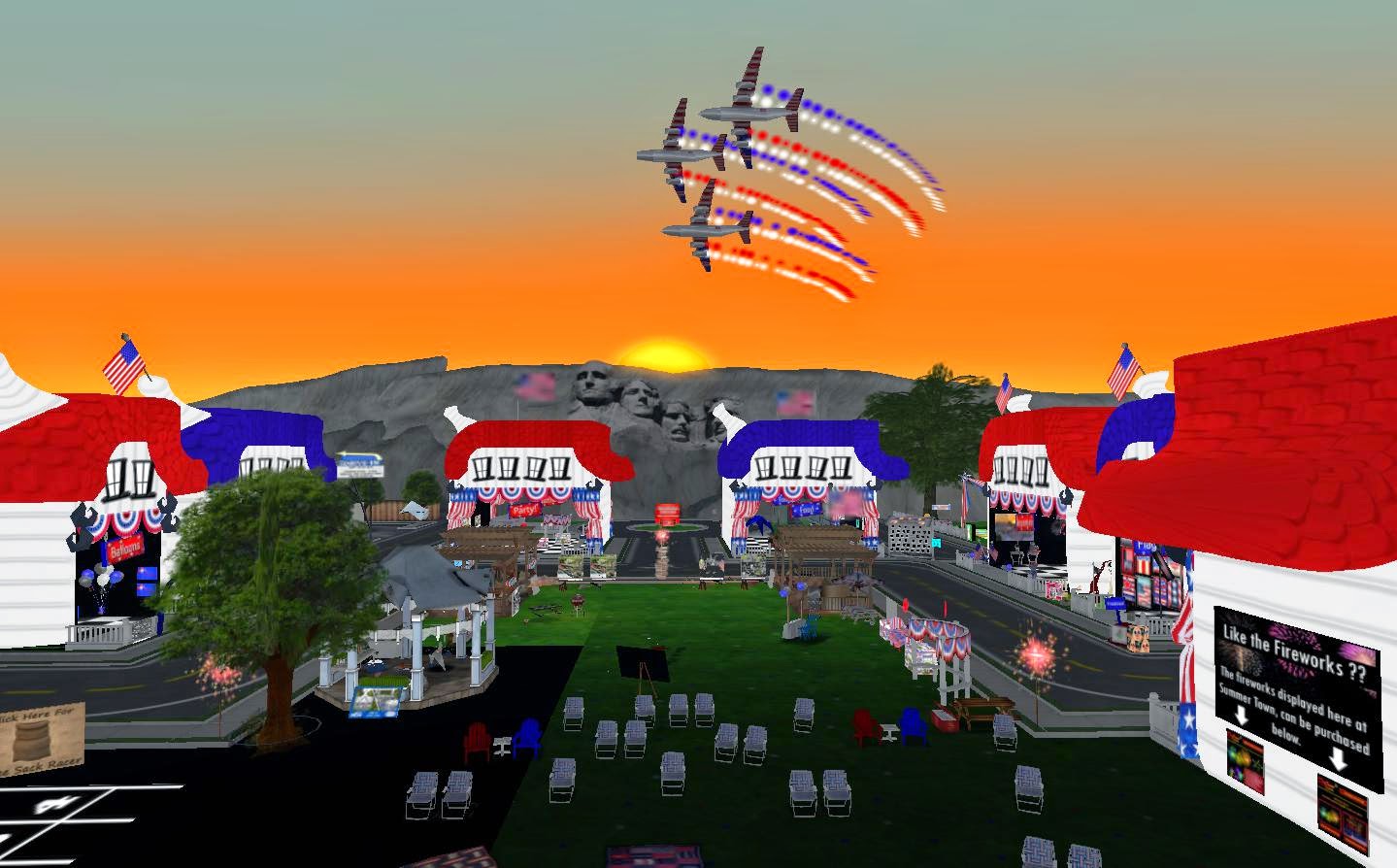 It's Independence Day in the United States, and once again the Elizabeth Town sim has brought back "Summertown USA." Read more about the place in our 2013 article. Note: not everything from last year is necessarily there this time.

In Relay DAlliez, the Relayers have set up the sim as a Fourth of July celebration, with the four corners of the sim having a different look. 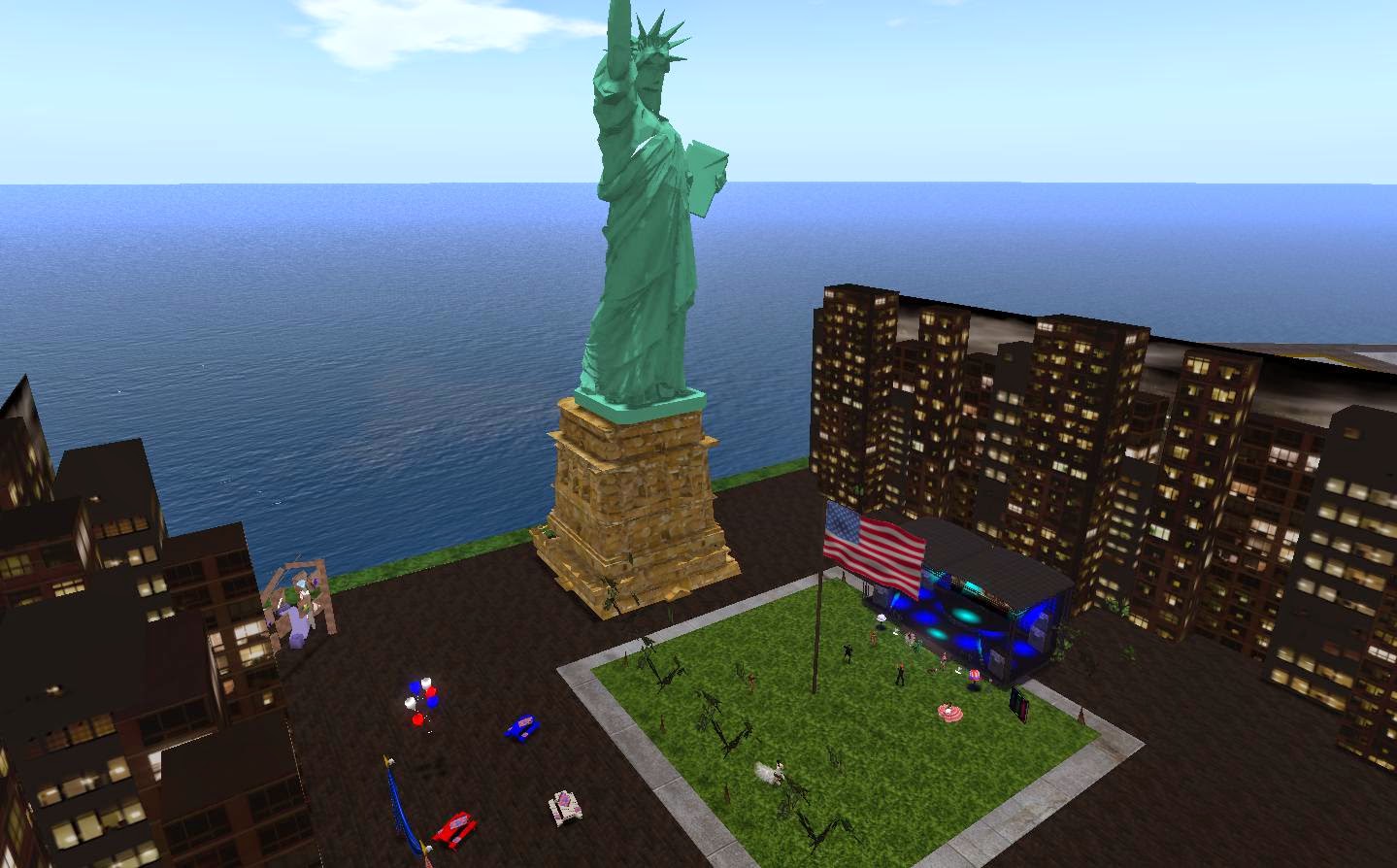 In the Southwest, people can party in the shadow of a Statue of Liberty build. 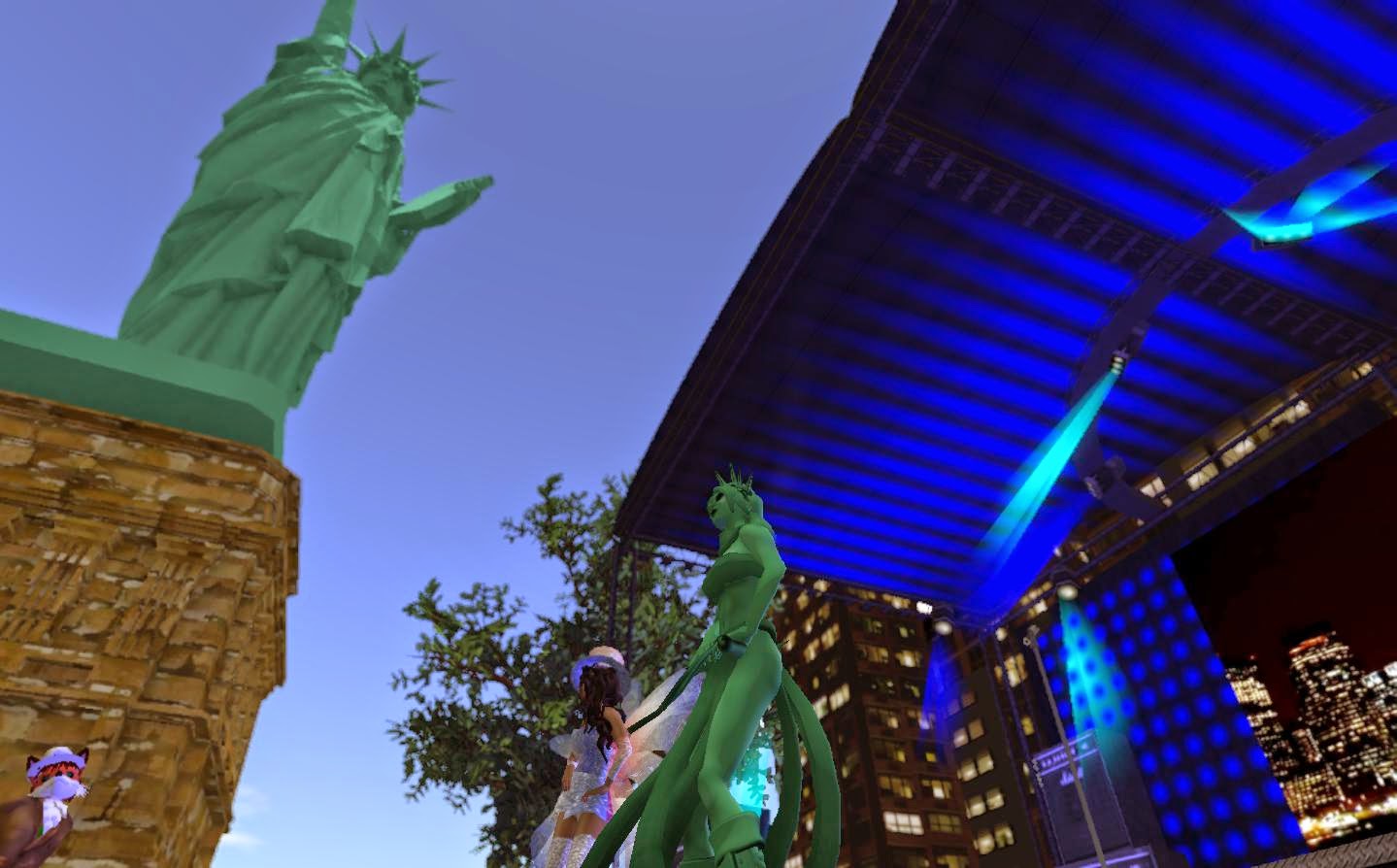 When I got there, the DJ herself was sporting a Lady Liberty avatar 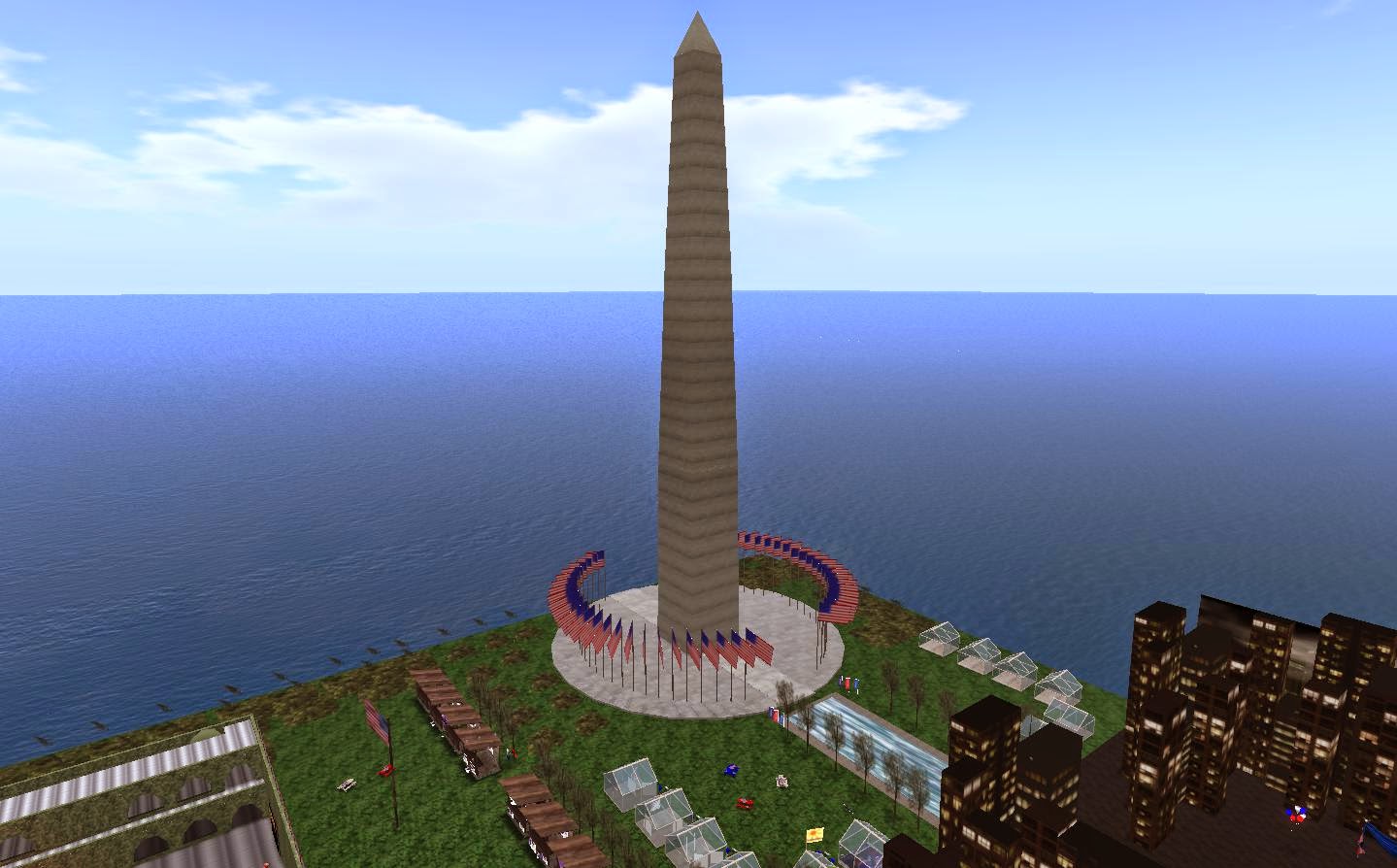 In the southeast is a build of the Washington Monument 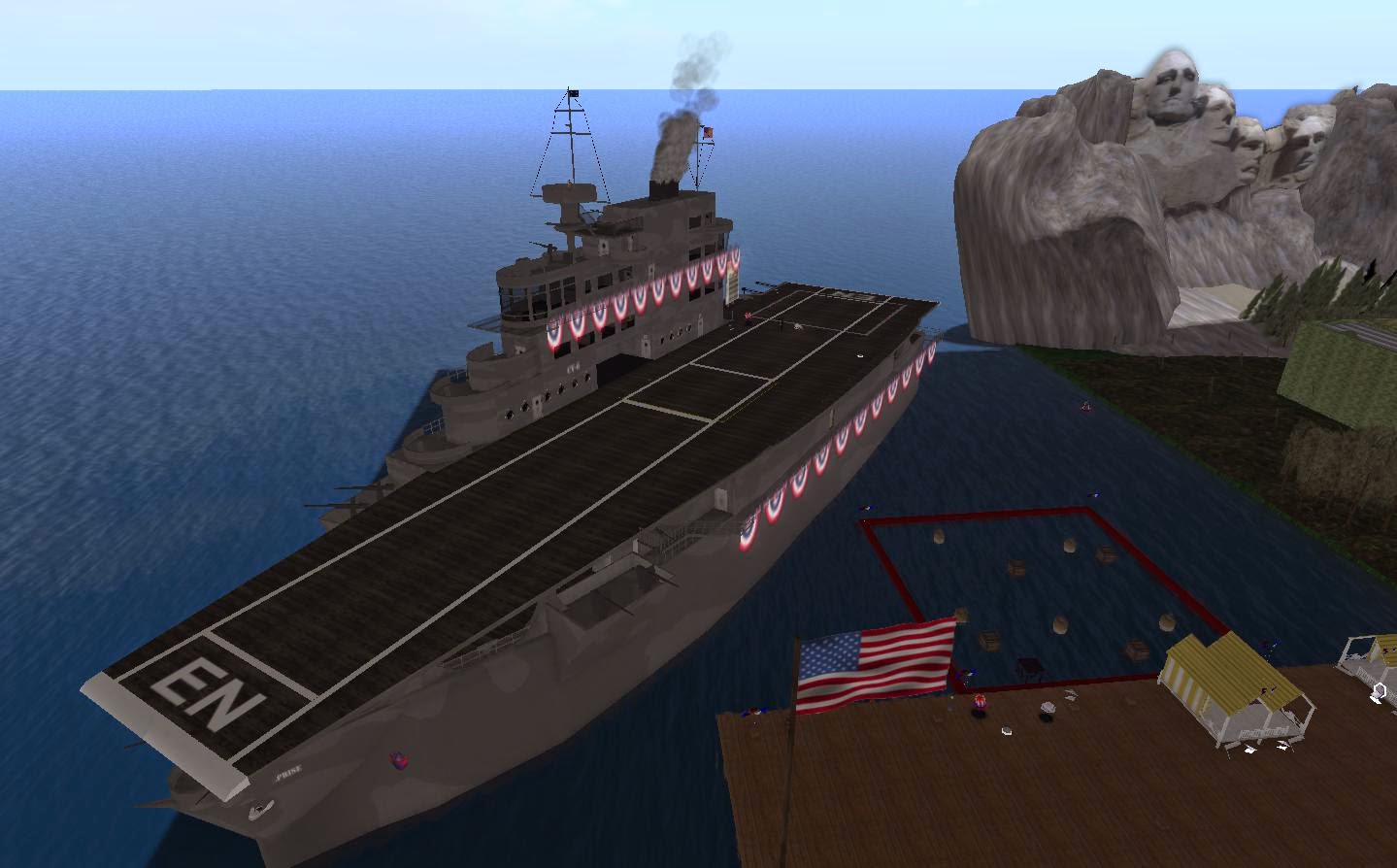 In the northwest of the sim is an aircraft carrier by the dock. Other nations have carriers, but no one else has the number the United States does. This one offers 7Seas fishing and a bumper boat area. The northeast corner of Relay dAlliez has a DJ booth in the shadow of a Mount Rushmore build, a replica of the famous monument to four American Presidents: Washington, Jefferson, Lincoln, and Theodore Roosevelt. 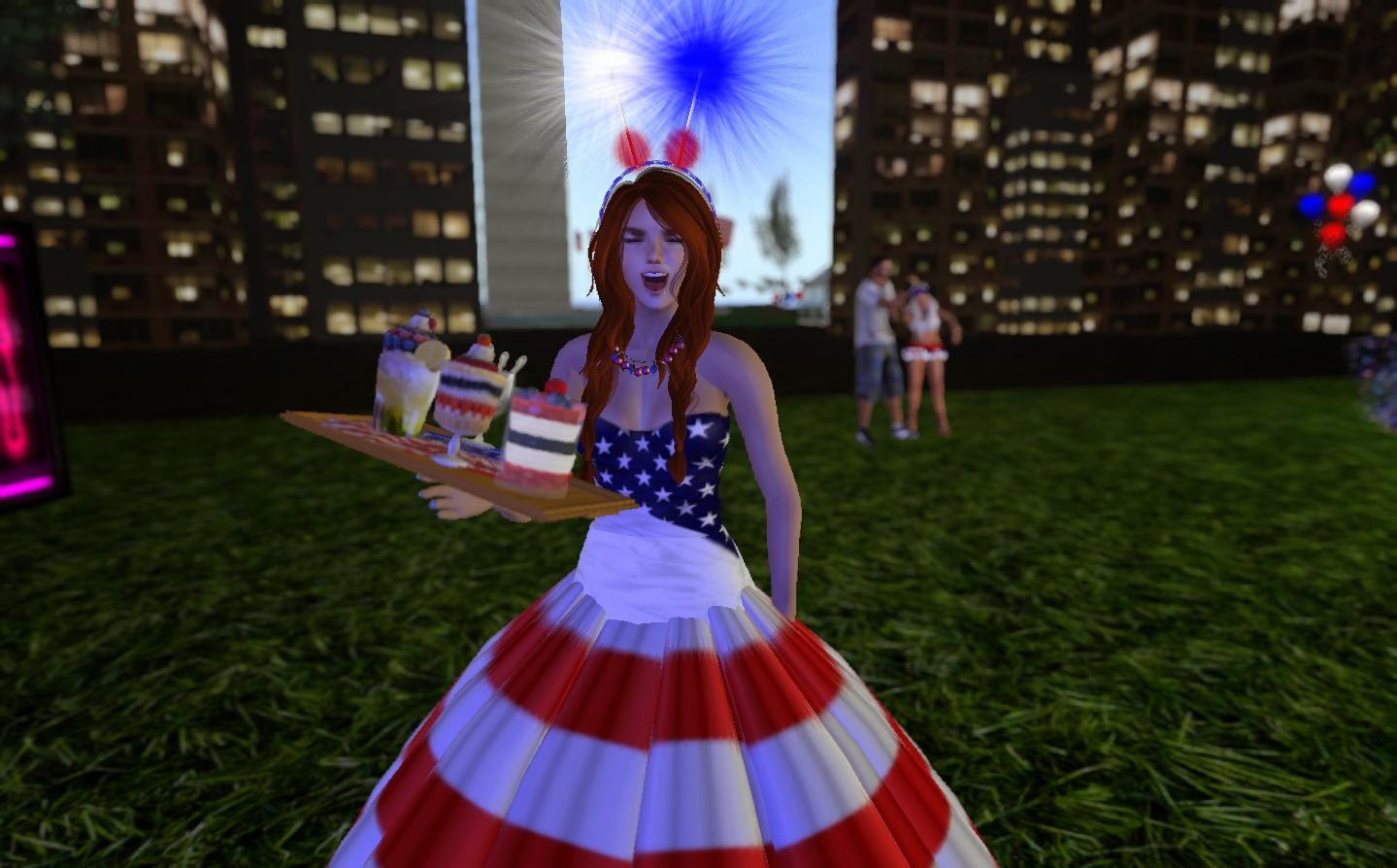 There were some red, white and blue goodies to be found. I found a red white and blue straw hat.. This girl found some strawberry, creme, and blueberry treats. 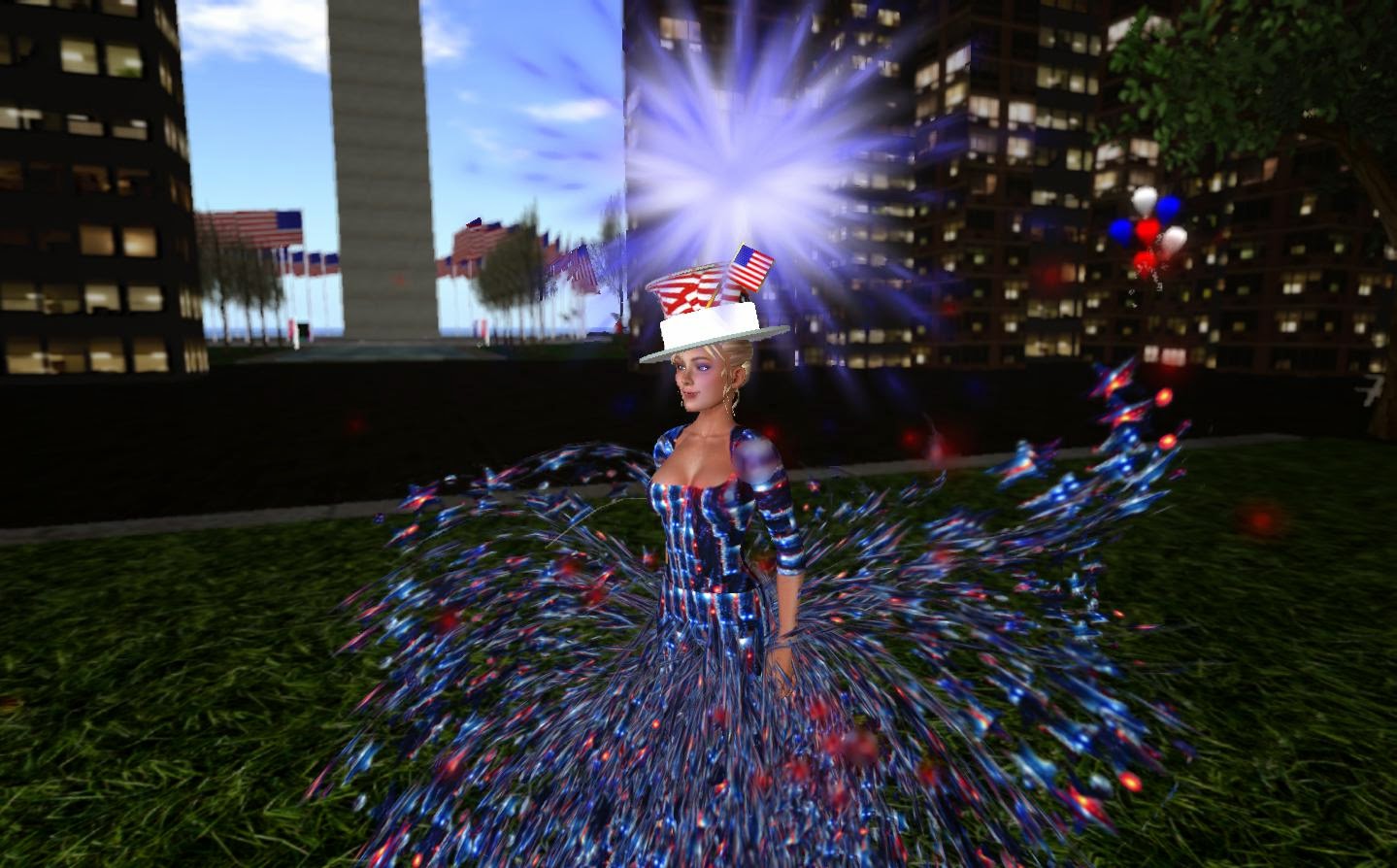 Among those there was Gemma Cleanslate, in a red, white, and blue dress. 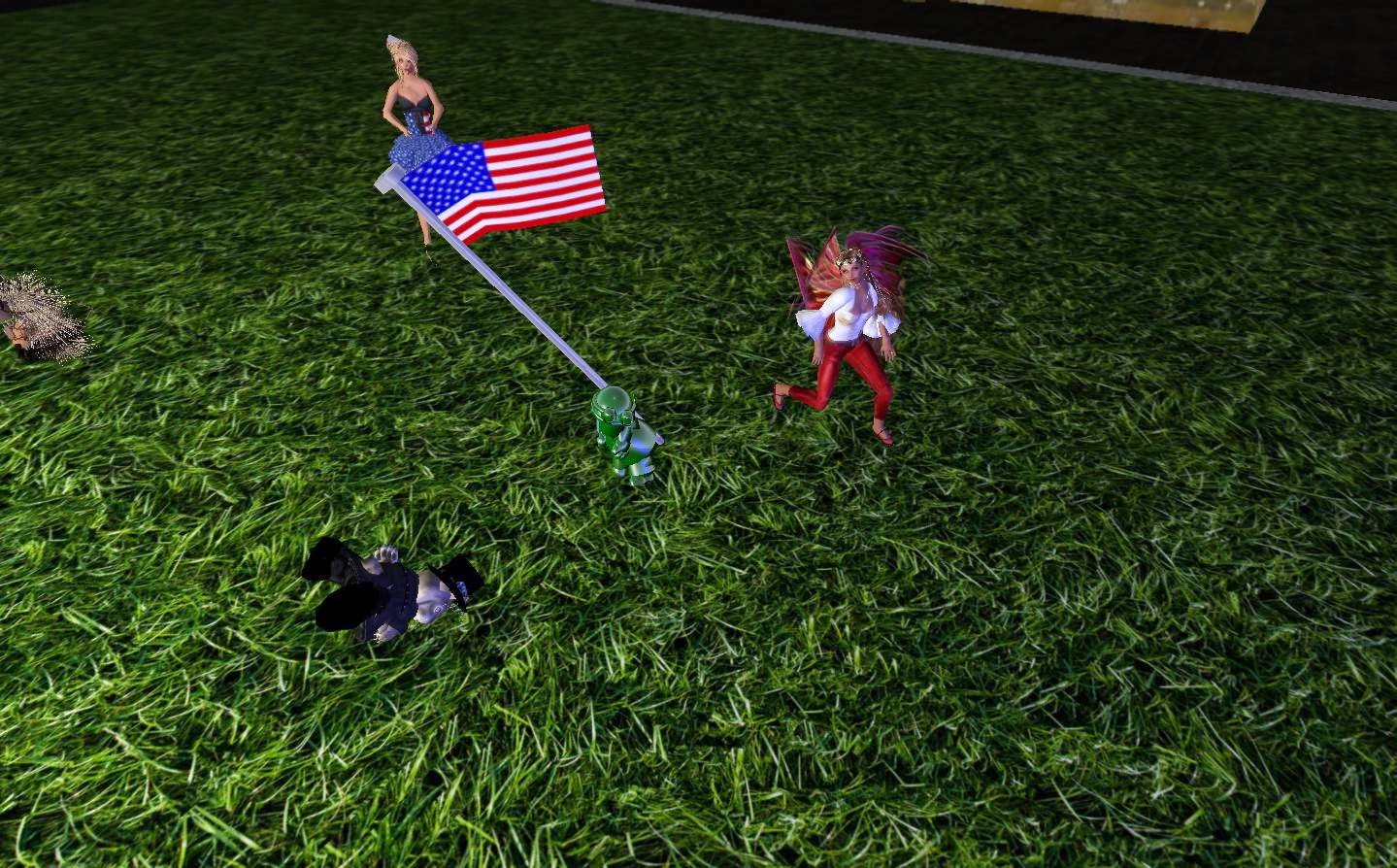 Have a happy Fourth of July everyone.