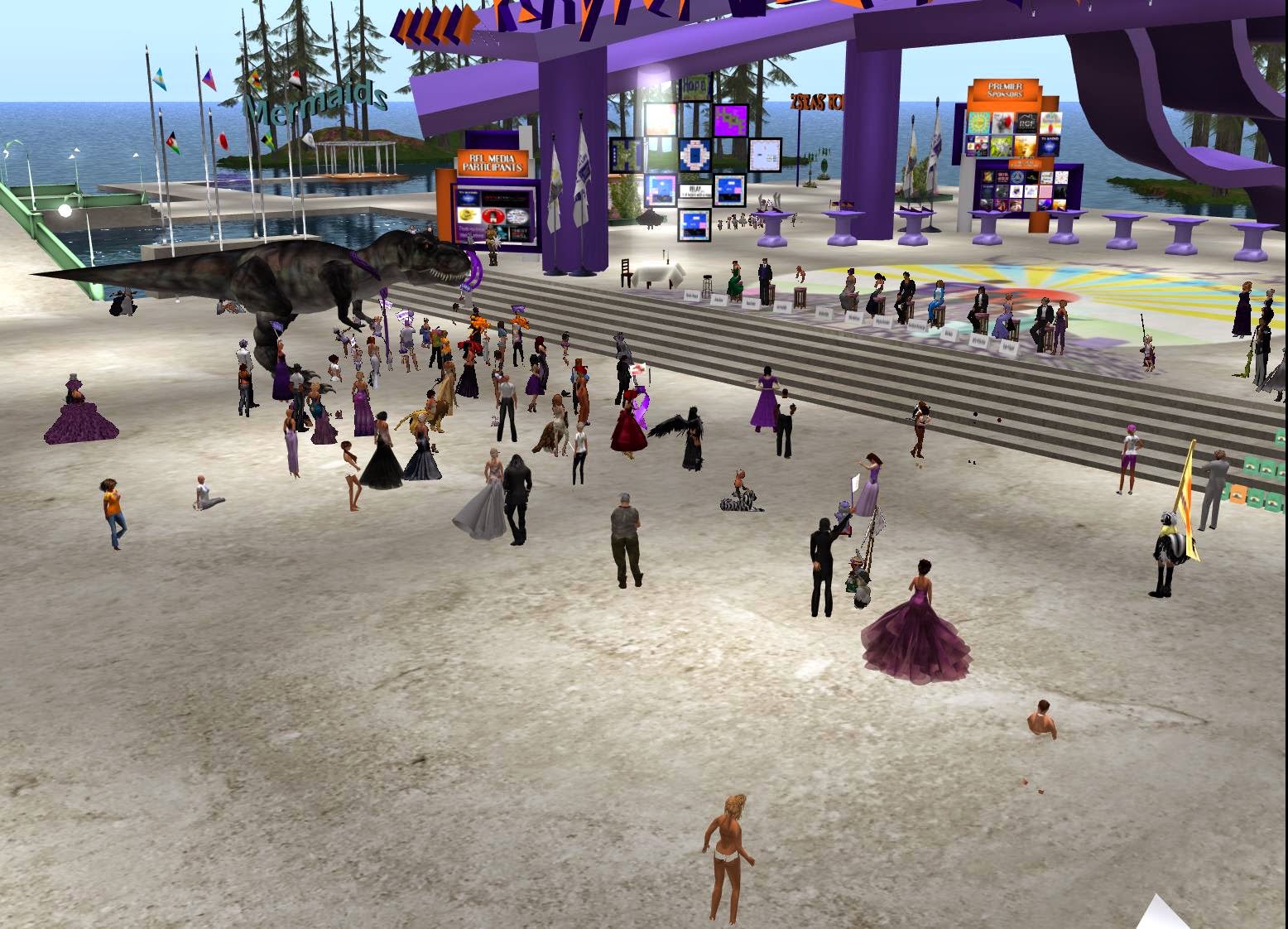 The Relay Weekend has always been a blast for yours truly, and this one was no exception. Yes, it lagged like the dickens, the opening and closing events showed mostly gray avatars on my computer (image from Bain Finch on Facebook). But there were lots of events, lots of friends and acquaintances met, and a few new ones made. It was announced that the Relay fundraising season had set a new record: 405,000 US dollars.

There were some statistics announced (posted later on Facebook by Dwen Dooley): "over 3000 people in the rosters on over 190 teams. 400 separate donations on the convio. You guys rezzed 9000 regular kiosks. Rezzed 13000 vendors. In those vendors you stuffed 24000 products. This is unbelievable! 280 random riot vendors, 1100 raffles, and sold 16800 raffle tickets. Think about how many rolls that is in real life! 1272 auctions. You rezzed 26249 fundraising tools in total, and that does not include the luiminaria. 5200 luminaria lit on this track. Since wrap up in august last year, there have been 150,000 donations to our fundraising tools. We had some new stuff this year - gotya vendors - you guys rezzed 400 of them! That's 6800 donations. That is a lot of stuff! We had two other new things this year - one was the dual team kiosk, and you guys had 2059 of them. You raised 623,000 lindens in dual team kiosks. The other thing is the journeyman challenge and it has some winners!! The people who successfully completed that: Rwena Dubrovna, Chevelley, Dakota Schwade, Mary Teodosio, Cuddly Waffle, Jenna Thursday, Leia Cale and AHoffman Philly. Jamie Broken for the lap stuff here at relay. She sent me the finalised totals: in 10 years, 110,594 avatars, and we have walked 215,366,720 meters, or 133,823 miles."

Besides the Big Picture, there were numerous smaller ones. Team Wizards, which Newser writer DrFran Babcock is part of, won an award. So did the Steelhead Salmons, whose community helps sponsor the Newser. The Sunbeamers, the team of the Sunweaver community where the Newser office makes its home, while not achieving any awards, did reach Gold status, proving that the team is proving a worthy successor to the award-winning Passionate Redheads, as well as being a source of pride to the virtual community behind it.

More will be written later on, but first a bit of rest. Real Life and it's responsibilities aren't pausing, and so detailed articles about the Relay will simply have to wait.