Scenes From the Relay: The Brooklyn Bridge Prank 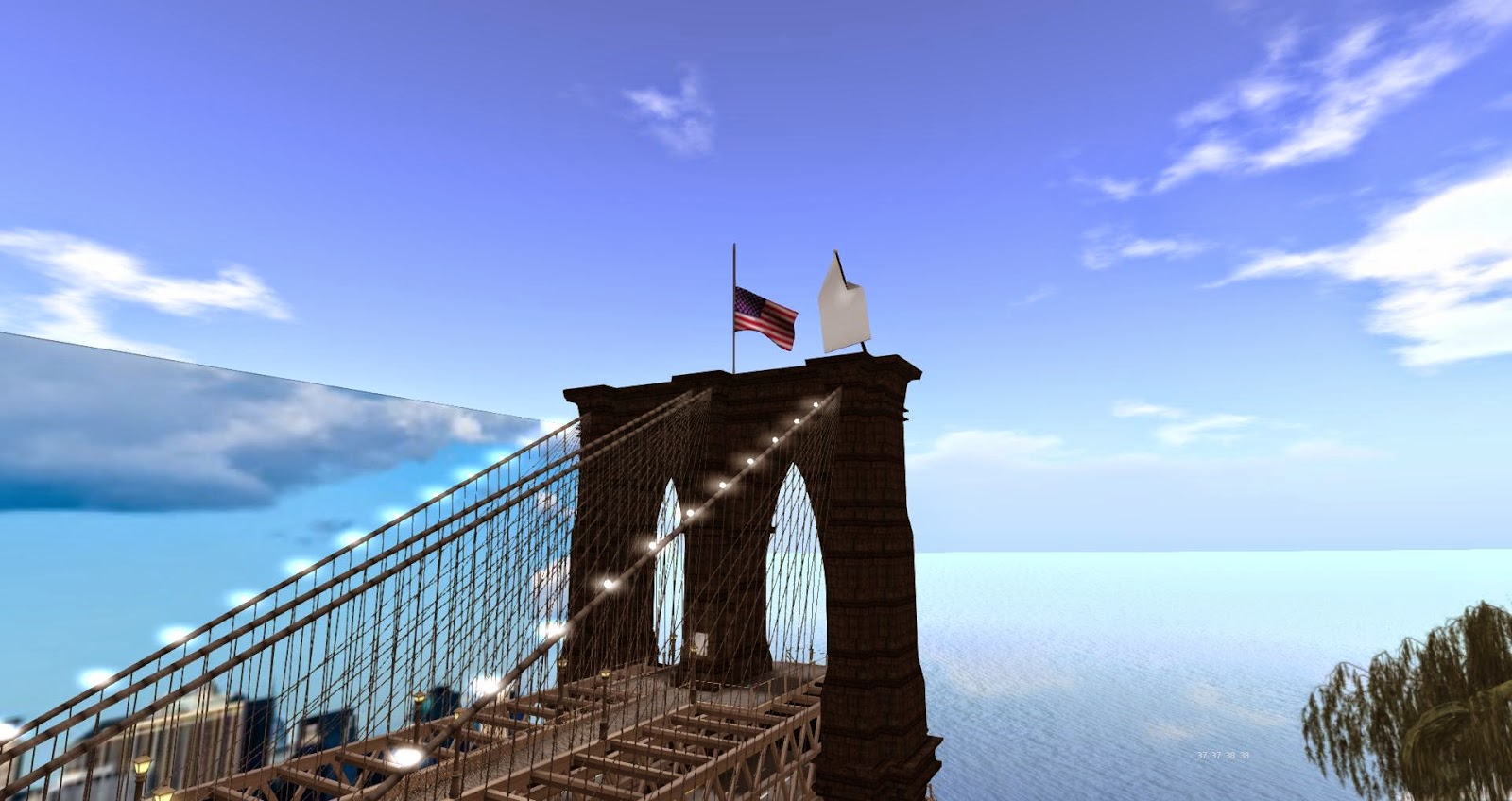 On Thursday July 24, an incident in real life was played out in Second Life. Two days earlier in New York City, a group of people sneaked up to the top of the Brooklyn Bridge, took down the American flags, and replaced them with white ones (actually American flags bleached white) before climbing back down. As white flags are international signs of surrender, some wondered if they might be some kind of political statement. As of the writing of this article, the perpetrators are still at large.

At the Relay Weekend track in Second Life, one of the builds was of the Brooklyn Bridge. While everyone was busy taking down builds or visiting those left one last time, someone flew up to the top of the bridge and planted white flags. The American ones could not be removed, though the white flags were clear to anyone looking up.

Unlike the real-life incident, the prankster here won't get into trouble. But the individual, or possibly the pair, has yet to be identified.