Eye On the Blog: Project Bento


Linden Lab has been working on what is the biggest development in avatar design in many years. On Wednesday December 16, they announced on the official blog details about "Project Bento." With new bones added to the avatar skeleton design, people will not only be able to create more detailed avatars, with flexible fingers and other details, but also fancier ones for beyond human norms, such as wings and tails. 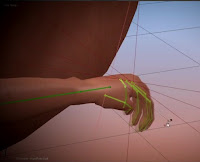 We are introducing extensions to the standard Second Life Avatar Skeleton that give you dozens of new bones to support both rigging and animation, and accompanying new attachment points! This extended skeleton, which is fully backward compatible with existing avatars, rigging and animation, gives creators the power to build more sophisticated avatars than ever before.

The extensions for the skeleton include: 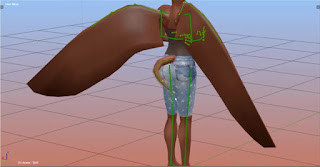 The Lab went on to say they had developed the project "in collaboration with many expert Resident content creators and with the developers of the most popular tools for creating avatars and animations, so there will quickly be versions of those tools you can use to help take advantage of these changes."

More information on Project Bento can be read in the Knowledge Base. Those interested in testing Bento and giving feedback have been asked to check out the "Project Bento Testing" on the Second Life Wiki page.

The Lab has emphasized that they are taking care to make sure the updates are backwards-computable with existing avatar designs. For now, the changes can only be seen on the Aditi Beta Test Grid, "Once we have finalized the skeleton extensions, we will enable uploads using them to the main Second Life grid and the real fun can begin!"

For the complete blog entry: Click Here. One can also read the thread created in the official forums, and the one created in the SL Universe forums. The comments in the SL Universe thread were overwhelmingly positive, though there were a lot of jokes about the groin bone. In the official forums thread, comments were more mixed, some residents wondering about what the catch was.
Posted by Bixyl Shuftan at 6:02 AM