Community of the Year 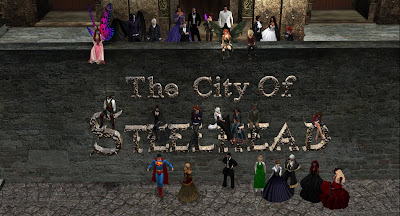 There were no shortage of people whom had an impact on Second Life in ways large and small in the past year. Project Sansar, earlier referred to as "SL 2.0" by residents, was seldom far from out collective minds, wondering how it's eventual release would affect the Grid we've gone about in and invested so much time and effort in for so long. But Sansar isn't here yet, not much is known about it, and residents have gone about their business.

In April, unknown griefers struck the SS Galaxy, and the lack of customer service from Linden Lab led the owners of the ship to retire the ship. It was arranged for the Lab to take ownership of the build, but it was a museum piece, no more would there be a crew and community behind it. These griefers, and the clumsiness of the Lab, caused no shortage of sad faces.

Linden Lab's clumsiness would continue, locking out Flea Bussy, the owner of the noted "Grendle's Children" mall, and bringing it in danger of shutting down as while offline he wouldn't be able to make the tier payments. Fortunately a number of residents stepped in, and helped the store in which Philip Linden allegedly stated, "As goes Grendle's, so goes the Grid."

With the end of SL GO this year, people wondered if this meant they could no longer access Second Life with tablets and older computers. Fortunately there was "Bright Canopy," created by Chaos Priestman and Bethsael Robbiani, which offered to do what it did. It wasn't as low priced, and there were some problems getting it up and running. But eventually they did. Chaos and Bethsael, for preserving access to Second Life via iPads and other tablets, are deserving of runner-up. 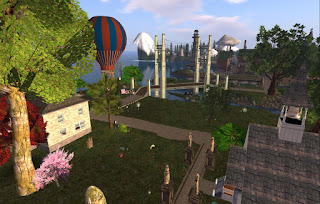 Also getting the lockout treatment was TotalLunar Eclipse, the owner to the Steelhead Estates. As he was already having a number of real-life issues, this was the last straw, and he made his decision to take an indefinite break from Second Life, and so his estates would be closing down. This would have killed off many other communities in this virtual world. But the Steelheader's held together. There were a number of offers to help out, and eventually one of the sims was saved., and a new location found for the other club. It was not a perfect ending as the rest of the sims went offline., and many of those in the group moved to other places in the Steamlands. But the community group is still together. Their Relay for Life team is still together. So there's hope that the antics the Steelhead community us note for will continue.

So the residents of Steelhead collectively are named Second Life Newser's "Man of the Year," or in this case, "Community of the Year."