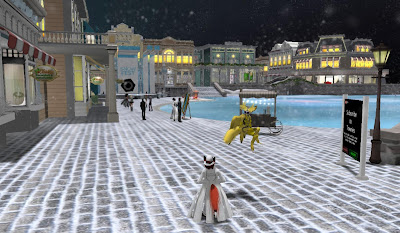 Christmas time is here, and among the places redoing themselves to be in theme to the holiday is the sim noted for adopting the look of most every holiday of the year. Christmas Town has arrived in the Townies sim. DrFran wrote about the place a few years ago, so I dropped by to see what's changed and what hasn't. 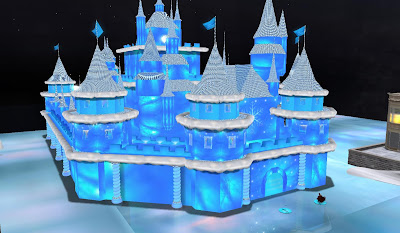 Owned and built by Laura Liberty, much of the place is a village of shops, where you can get lots of Christmas-themed items such as outfits and house decorations. but the most recognizable structure is the ice castle in the southern part of the sim. 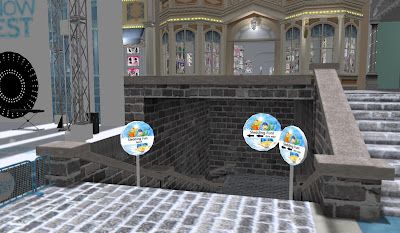 Down underground, accessible by a stairway in the northern part of the sim near a stage, is a small slide where one can take a sled down. 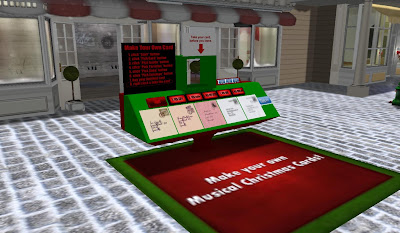 Want to make a Christmas card? There was something that offered to help you make a musical one. 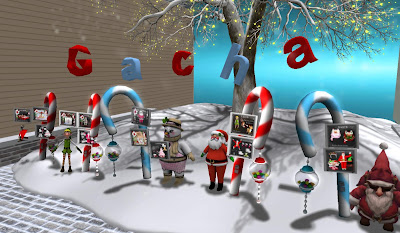 For those who like shopping gachas, there was a Christmas themed one. 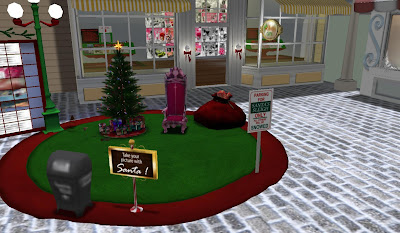 There was a chair for Santa, but he wasn't around in any of the times I dropped by.

A fun sim to drop by for a little Christmas shopping and fun.