University of Western Australia Announces Dec. 13 Art and Film Show Will Be Their Last 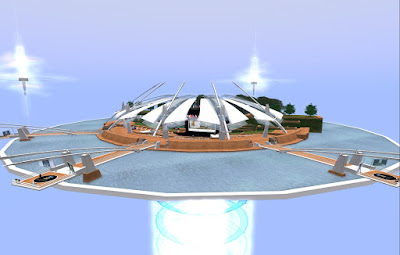 On Friday December 4, the University of Western Australia in Second Life made a dual announcement. The date of their yearly 3D Art and Machinima show would be at December 13 at 6AM, with the films playing 24 hours before the event. There will be a total of over 500,000 Linden dollars given out as prizes. Unfortunately, they also announced that this event, which has gone on for several years, will be their last, the "Grand Finale."

So what will happen next? This isn't the end of the UWA sims themselves as they will continue. Nor will it be the end of art events, which will continue to run under FreeWee Ling. However, it "IS THE END for the major international art and film challenges that have run annually since 2009. There may be special art of film events if funding is secured to run those special events (of if a large amount is suddenly available to the UWA for work in virtual worlds)."

"It has been an amazing honour to run these challenges over the years, and it's with a heavy heart the sun is now setting."

For the announcement on the UWA blog, Click here.
Posted by Bixyl Shuftan at 6:01 AM