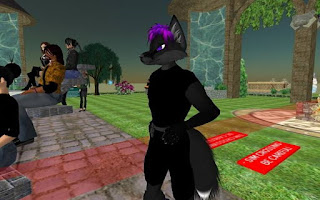 Sad news for friends of Shady Fox (Russell Schwartz in real life). This personality whom has been a familiar sight in a few places in Second Life, the Giant Snail Races, the Relay for Life, Raglan Shire, and others, has been diagnosed with Stage Four bladder cancer. He has been in the hospital for some time. 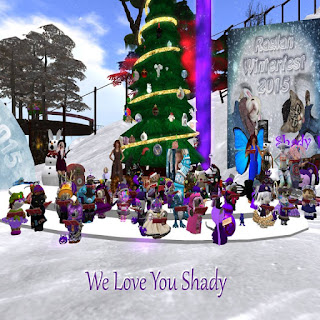 On Shady's Facebook page, there were plenty of well wishes for him, hoping for his recovery. "It's just not the same without you here Shady. Miss hearing your voice, your laugh and your presence. Shimmer sends out warm hugs and frequent prayers for your improved health." "We sitting here thinking of da fox - have a good day and we put our paws together and pray you feel better ! Merry Christmas Shady!" "Thinking of you and hoping you feel better soon! Merry Christmas." "Shady, thinking of you tonight while Santa gets ready to fly. Sending love and prayers and care on their way to you, and to Randal and all your family, and all the doctors and nurses and staff at the hospital. Big hugs, so much love." "You can beat this foxy! Get better and know you are in our hearts and prayers." "I love you bacon face! Get well soon dear friend. I'm praying for you."

Shady's last post on Facebook was on November 4. He stated he had been diagnosed with a mass on his bladder on September 27, noticing something was wrong with his bladder a month earlier. It was diagnosed as cancer on October 8 after the mass was removed, and chemotherapy scheduled afterwards. His brother has been stopping by his hospital bed every day, and last stated his condition was improving.