Scenes From the RFL Christmas Expo 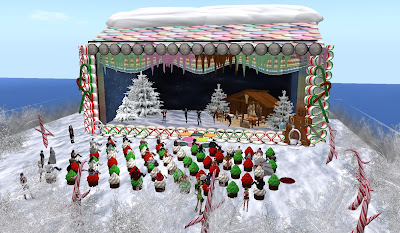 It's been a busy week for the Newser crew, especially for Gemma Cleanslate who volunteered to help out at one of the biggest events in Second Life: The Relay for Life Christmas Expo. But yours truly was able to drop by to get a few pictures. 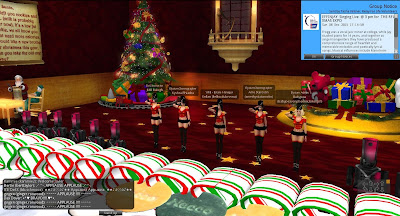 One of the events there was a performance on the Eylsium stage, high above the Frozen sim, on Sunday December 6. The cupcake-shaped seats were close to filled as a number of staff danced around on stage. 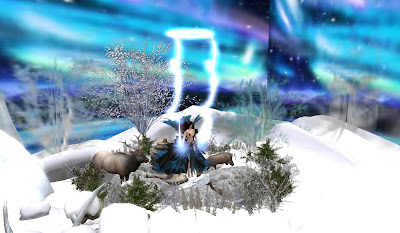 Some of the scenes were very well done. The glowing lines on this picture were left by the sparkles on the girl's hands. 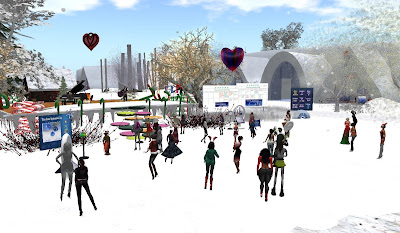 Also a big draw: The DJ stage. A number of musicians have been performing there. 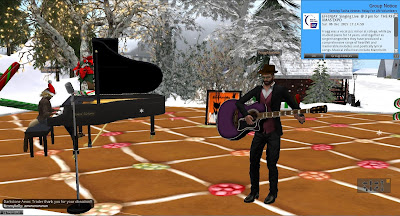 Among those who played on Sunday were the noted Jaycatt and Frogg. Their act differed from usual as Frogg Marlowe's normal amphibian avatar was gone and looked more like his real-life self. But his music was the same crowd-drawing and applause-getting as before. Jaycatt Nico was his usual furred self as he played the piano. 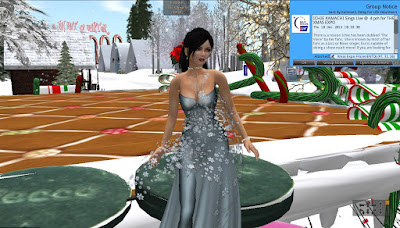 The singers would play throughout the week. On Thursday, Ichie Kamachi, whom the Newser recently interviewed, graced the crowd with her velvet voice. With Santa not far away, she had to save her more mischievous songs for other venues.

The Christmas Expo continues, so drop on by the Expo sims, south of the American Cancer Society sim, and enjoy the music and shopping. You might even run into a certain white-bearded fellow in a red suit.