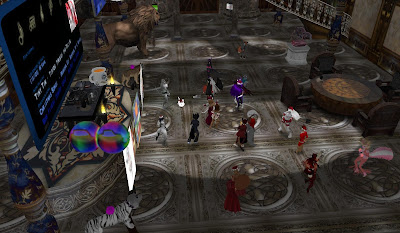 Thursday December 17 was the day Nydia Tungsten held her yearly Christmas party. But having got her start in Second Life as DJ "Naughty" Nydia, her party had a special twist. It would consist of comic and parody songs. Some were simply funny such as "Grandma Got Run Over By a Reindeer," and "Christmas at Ground Zero." Others had a bit of an edge to then, such as Shockwave Yarreach's parody "Grandma Got Knocked Up By a Reindeer." And some were so raunchy, we can't even print the names in a workplace-safe publication.

I will be doing a TWISTED CHRISTMAS event tomorrow  from 4 to 6 at Primal Passions, never heard of Naughty Nydia's Twisted Christmas? well lets just say it won't be a "hallmark moment" event  SEE YOU THERE! 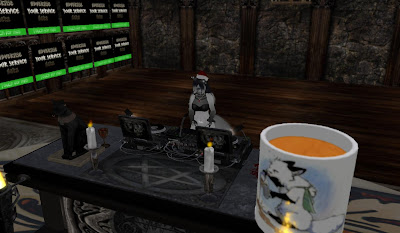 The event went from 4 to 6 PM SL time at Rayven Tentigo's "Primal Passions" castle club. The event had originally been called the "Anti-Christmas Party" as a reaction to the over-commercialization of the Holiday to the point the spiritual side of the season was being forgotten. But it seems some people were confused by the event's name, and so Nydia changed it. 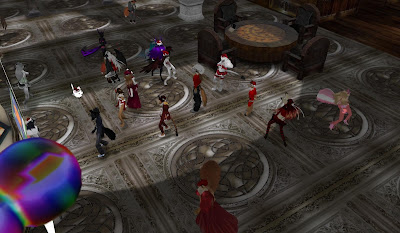 Besides the songs, there were a few frisky Christmas cartoons propped up (which we can't show). A number of people dropped by, including Shockwave just in time to hear his parody song, Lomgren Smalls in his signature microkitty avatar, Alleara Snoodle in a white doe avatar (nobody "doe"s it better), Nydia's real-life son Kody, and others.

I did chat with Rayven after the event. She reminded the Newser that the Primal Passions club is an active venue with several events a week and where adults can relax and have fun both during and after the part, the schedule can be found at http://primalpassionsclub.weebly.com/events.html (caution, not all of the pages linked to this one are workplace safe). The castle is at Sunweaver Bay (170, 215, 25)

A fun time was had by all in this chance to have a little cheeky fun with Christmas.