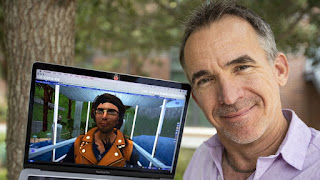 Many residents of Second Life have mixed opinions of mainstream media coverage of Second Life, feeling it focuses on the more salacious aspects of the Grid, notably sex. But LA Times reporter Ben Brazil recently wrote about anthropologist Tom Boellstroff's work in studying Second Life, which after the first few years began to focus on it's disabled users, which he reasons make up forty to sixty percent of it's population.

Boellstroff and his co-researcher Donna Davis talked to about 200 disabled residents. Davis told the Times, “We so often hear about the dark side of technology. But I think that Tom and I have found that there is a bright side. People can connect in these virtual spaces in really important and meaningful ways.”

The National Science Foundation has funded his study, contributing $277,000 US dollars. Boellstroff "is writing a second book" about his research on the disabled and hopes that his efforts "will cause technology developers to pay heed to the issues of disabled people when creating virtual reality products."