A Request For Honor Flight Letters


Dusk Griswold, one of the Sunweaver community's residents, recently contacted the Newser about a certain request, one involving older veterans. 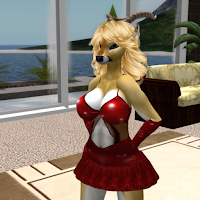 "Are you familiar with the Honor Flight?" she asked me, "They happen all over the country. Basically, they fly veterans to (Washington) DC to see the WW2 memorial, at no cost to them. Someone we know is taking their father in law on one in a few weeks, he served from 1945-1948."

Dusk commented the only connection to Second Life this had was, "my connection to the family. ... His daughter died of cancer a few years ago. There is a public butterfly garden (in real life) named after the daughter. My real-life spouse knew the daughter, and knows Phil."


Dusk felt one of the issues in the was how was the Second World War was passing from living memory, "I think it is important to honor veterans, and we are quickly losing the WW2 vets." She mentioned Rita Mariner, the leader of the Sunweaver community, her father was one, "Although the honor flights are not limited to WW2 vets, they do give priority to (them). When I was waiting for the boarding time on my flight from DC, they announced over the PA the arrival of an honor flight. A lot of people applauded."

Once again, the address is

The deadline for the letters is September 13