Whatever Happened to ... ? Club Fur 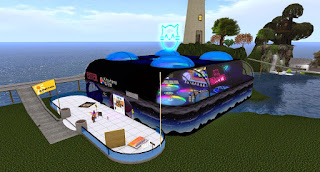 Readers may have noticed that Club Fur, on the record as the oldest furry-themed clubs, is no longer on the Newser's SL Clubbin' schedule. The reason is, not only is it inactive, it is no longer part of the Sunweaver Estates, which provides the land for the paper's office, or anywhere else in Second Life. Club Fur has been removed and back in the inventory of Alynna Vixen (Alynna O'onthrera Trypnotk). And Alynna hasn't been inworld since May.

Club Fur has had an interesting history, going back to 2004 according to Alynna. At one point it was described as being removed from an old location less than two minutes before the place was "flattened." It was in Furnation for a time before it ended up in Alynna's hands in 2009, whom eventually took it to Kitsuhana sim where it was reopened in November 2010. In June 2013, the club moved back to Furnation following the reopening of the sim. But in November 2014, Alynna brought the club to the Sunweaver sim of Sunweaver Bay, soon moving to to Sunny Beach where it would remain for a little while until Alynna's items were packed away earlier this year. 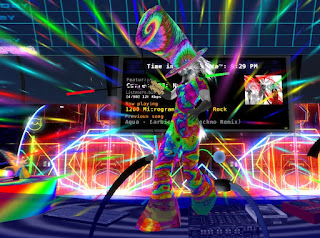 The club was known for it's bright neon colors, it's symbol was a neon tube shaped into a cat's head. During it's time in Kitsuhana, there was an effort to make the club active by the "Furry Club Alliance," but the stepping down of a few personnel made regular events just too difficult. It did take part in some events such as when the world failed to end on December 21, 2012. The club was also duplicated in InWorldz for a time.

While there is of course the possibility the club will come back, when something vanishes in Second Life, more often than not it's for good. While it's sad when any club vanishes, it's especially so in this case as this one had lasted so long, and for a time was part of the community yours truly calls home.