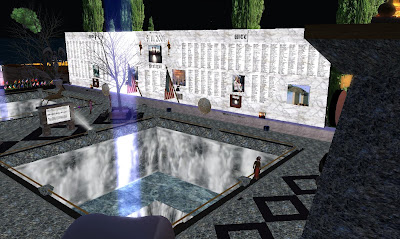 September 11 is the fifteenth anniversary of the deadliest terrorist attack on American soil in which over three thousand perished. Four airlines were hijacked by Islamofacist fanatics, and diverted to suicide missions on targets. Two were crashed into the World Trade Center in New York City, where most of the deaths occurred. One hit the Pentagon in Arlington. The fourth plane crashed in Pennsylvania after the passangeres rebelled, it's fourth target probably either the White House or the Capitol building. 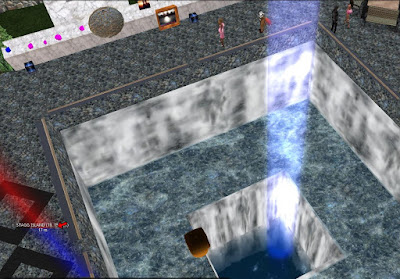 Over the years, there have been a number of 9/11 memorials in Second Life. The most decorative is the Stagg Island Memorial made by Geena Zackerly-Magic (Geena Zackerly) and Fazz (Fazio Magic). All of the names of the fallen are carved into stone, and two beams of light rising from square waterfalls, representing the towers. There are also flags of each nation that lost someone in the disaster. 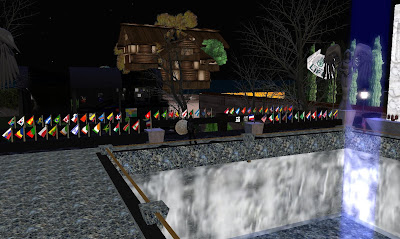 There will be three services at the memorial today, at 8AM SL time, 2PM, and 6PM. 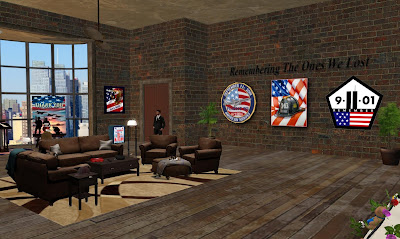 Another memorial is Bryston Vanvleck's September 11 Memorial, located at Lanzarote (216/143/1343) 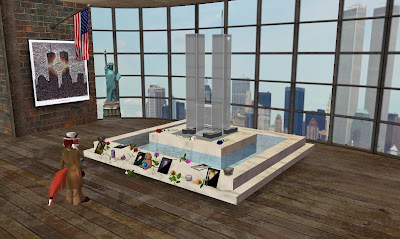 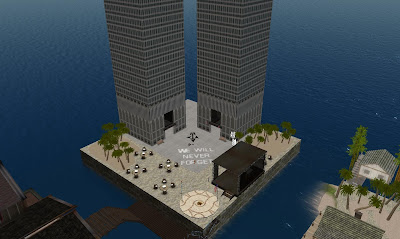 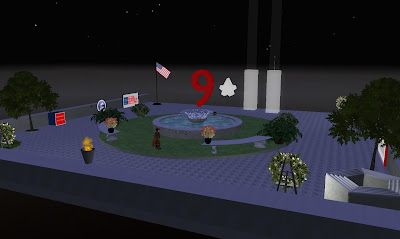 A website for the memorial can be found at http://www.serve.gov/?q=site-page/september-11th-national-day-service-and-remembrance 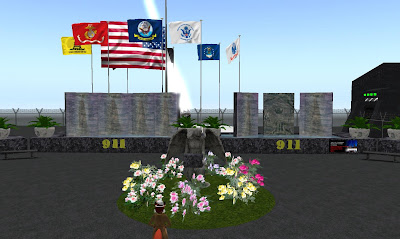 From 6-8PM, there will be a "Homes For Our Troops" fundraiser, with music by DJ Biker 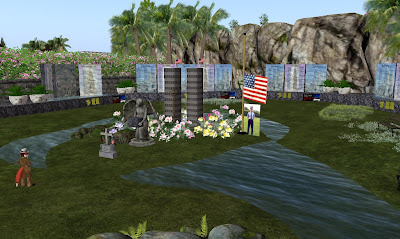