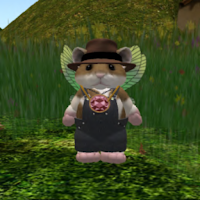 While it originally started out as a hangout for occasional parties, Erik Mouse has recently made an effort for "Surf's Up" at Sunny Beach to have events once a week every Saturday afternoon. But the best laid plans of mice and men can go awry, and one party not long ago ended rather abruptly. Although things were soon cleared up, Erik felt that it was still necessary for him to explain what happened. So he recently sent in a reader submission about what happened from his point of view and his plans on what to do in the future.

Read Erik's submission in Extra.
Posted by Bixyl Shuftan at 6:04 AM