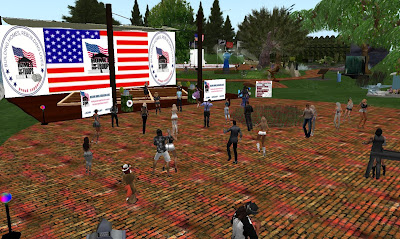 On Sunday September 18, Veterans Isle had their monthly fundraiser concert for the "Homes For Our Troops charity. From 8PM SL time to just after 9PM (Midnight EST), live performers sung music for the crowd. 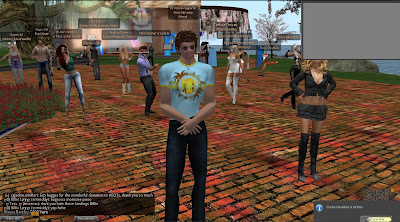 Besides Frets Nirvana, who helped organize the event, was one of the singers, along with the music duet Jaycat Nico and Frogg Marlowe, baz (Avantgarde), and Savanah Rain. Frets would occasionally chip in a few Lindens once certain cash amounts were reached, the money going into two house-shaped kiosks on either side of the stage. 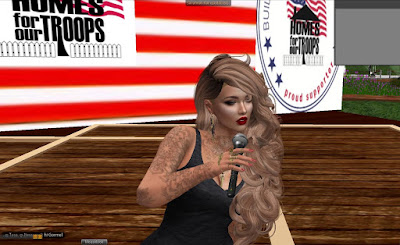 The next fundraiser at Veterans Isle should be at Sunday October 30.