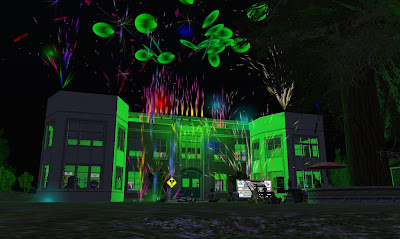 Bay City's Marianne McCann is noted for a number of things. Among them, her firework shows at 8PM every Saturday night during the summer. Starting with Memorial Day weekend, she lit off her pyrotechnical displays every week. But with Labor Day weekend, the traditional end of summer, it was time for the last hurrah. And around 7:45PM on September 3, she announced to all on her friend list this would be the last show for the year. 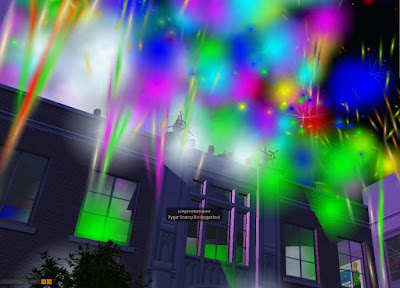 The firework show as always took place in the Livingtree sim at "Kick the Can," a school building for SL kids. The fireworks were taxing to the location's fire alarms, "Oh no, not again!" But for the onlookers, the response was all "Oooooo"S and "Ahhhhh"s. GoSpeed Racer of KONA Radio provided the tunes. Among those there was Uccello "Uccie" Poultry, former Miss Bay City and the writer of the Poultry Report blog, and Crap Mariner, a SL personality whom has been more low key recently than in the past. 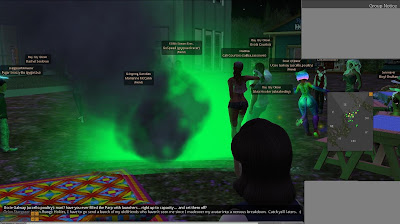 A few of the fireworks hit a little low, such as this one right here which created a flash of green light. One other obscured the immediate area around with mostly smoke. 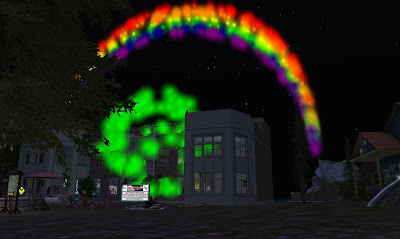 At the end of the show was the rainbow display. And with that came the end of the firework shows, at least until next year. Starting Memorial Day Weekend in 2017, Marianne launches her rockets once again.