"No Man's Sky" Game Under Investigation By UK For Deceptive Advertising 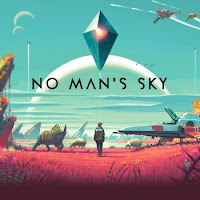 Have you ever bought a computer or console game that when you saw the commercials, watched the videos, or read the Internet chatter about thought would be the coolest thing, but once you bought it found it didn't come close to the hype? While this experience is nothing new in the gaming world, few games have had the level of collective disappointment from those whom bought "No Man's Sky" by Hello Games. It's makers having promised a huge universe with a wide variety of planets and activities to do, when released the game delivered far less than what was promised. Now the game is being investigated by an agency in the United Kingdom for misleading advertising.

Read the story in Other Grids, MMOs, and Games.
Posted by Bixyl Shuftan at 12:05 PM