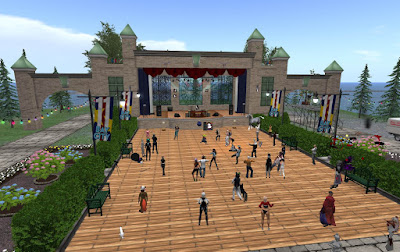 Quite a lot happened this weekend in Second Life. Bay City, Second Life's largest urban area and community, celebrated it's 11th anniversary with a parade and party. The Relaystock took place with three days of rock music, dancing, and mud. The monthly benefit concert took place at Veterans Isle. The Sci-fi con was going on. And more. 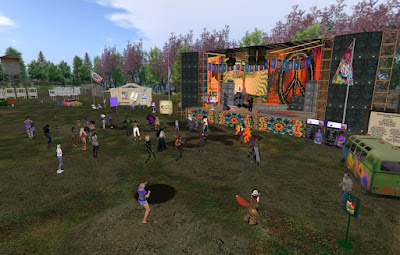 More on some of these events later.
Posted by Bixyl Shuftan at 6:02 AM