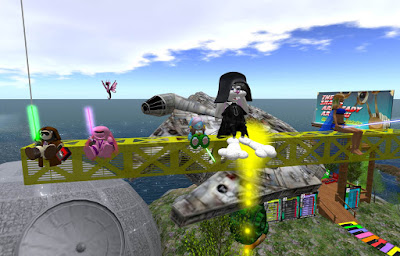 Quite a bit happened this weekend. Saturday May 4 was "Star Wars Day" , "May the Fourth be with you" being a pun among sci-fi fans. So many places had "Star Wars" themed events such as the Tiny Snail Races (above) and Club Cutlass. 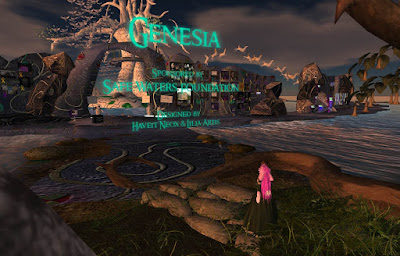 There were other happenings such as the "early bird Walpurgisnacht" hosted by Baron Klaus Wulfenbach. But the big thing of course was the Fantasy Fare that came to a close this weekend. Many thanks to the sim designers and sponsors such as the Safe Waters Foundation.
Posted by Bixyl Shuftan at 3:00 PM