Cartoon of the Day: "Revenge of the Fifth" 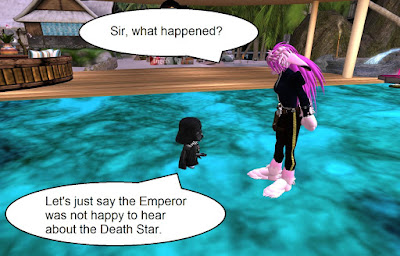 Taken at the "Star Wars" Party at the Happy Vixen. If there was one person the normally standing tall and proud Darth Vader feared, it was his Emperor. In one of the "Legacy" novels, Vader was described as having kept his right hand until his master destroyed it as punishment for the loss of the Death Star. But the Emperor was capable of much more.