"Fran Serenade’s Celebration Of Life" Raises Over 350,000 Lindens For Parkinson's 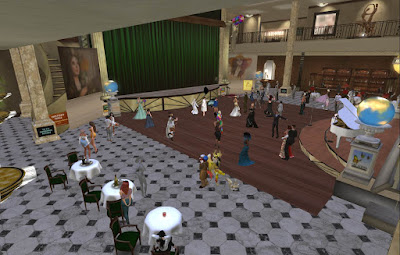 On Saturday May 11, The Savoy Ballroom at Creations for Parkinsons was the scene of a memorial concert and dance event. The event was done in honor of Fran Serenade, whom had passed away on March e at the age of 92. Named "Fran Serenade's Celebration of Life," it went from 11AM to 9PM SL time, a number of singers performed for the crowd, which at one point numbered 64. 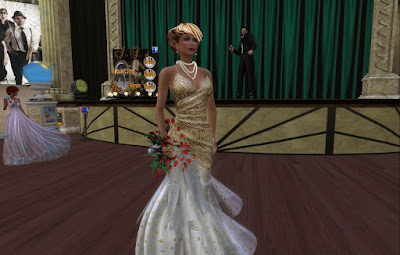 The event was organized by Fran's real-life daughter, Barbie Alchemi. Besides celebrating the life of her mother, it was also to raise funds for Parkinson's research.

some of the very best live singers in Second Life will be performing in her honor. Most knew Fran and some had performed at her 90th birthday party, also at Savoy. All talent will be perfoming for tips only, and like all events at Creations Park, this will benefit Team Fox for Parkinson's Research. 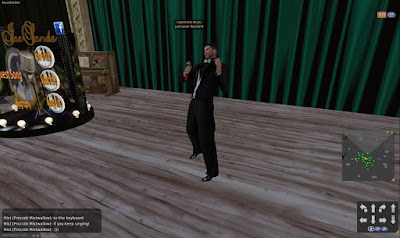 The goal of the event was to raise 250,000 Linden dollars. But by 6:42PM, the amount had passed 300,000L. And the total continued to grow. Almost 40,000 Lindens were raised in one single hour period. After the last singer performed, a few people made last-minute donations. The final total was  353,800 Linden dollars!

With the event finally over, there were messages of congratulations, "What a joyful day for Fran." "Fran is smiling tonight." It certainly has been a fantastic night!!! Thank you," Barbie told.

Although Fran has departed, Barbie and her real-life brother AlmostThere Inventor will continue running Creations for Parkinsons and it's events. It's mission remains to be a place of comfort and beauty, and raising funds for Parkinson's.

Bisyl Shuftan
Posted by Bixyl Shuftan at 6:02 AM