Second Life Homepage Gets A Video 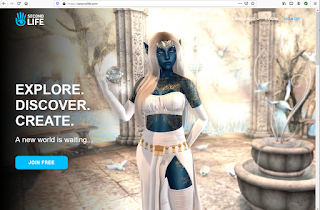 Last month, Linden Lab updated their homepage. At the top of the page was an image of a blue elflike female that looked like the blue girl in a "behind the scenes" Youtube in the making of a video for a commercial about Second Life. At the time, the result was much chatter on the Second Life forums about if this was a smart decision of Linden Lab's. A few days ago, the website was updated again. This time, sometimes when going to the Second Life website at www.secondlife.com , a video can be seen. This is no doubt the now-finished video that was being worked on. The completed video showed both real life models (in make up and computer enhanced), and Second Life avatars made to look like them. So in a sense, the actors had become their avatars in the video. 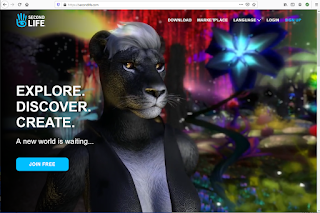 That is, if the video could be seen. Bringing it up didn't always play the video. I had to log off, log back on, log off again, and refresh the screen before I could see it. So not everyone will see it. Some people on the Second Life forums also stated they had trouble seeing it. Of of those who did, the comments about the video were overall positive on the quality, "Now that I seen the whole video instead of just the picture of the person dressed like an elf, it's soo much better." "It looks professional, well made and inviting. It shows that you can dream your world once inside. A good first impression, in my humble opinion. And that's why it is made I guess." There were a few complaints, including that not enough was spoken about what could be done inworld such as creating content and making money as well as making friends. 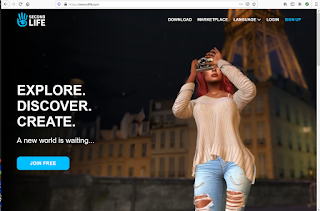 Isabelle Cheren would take the slightly more than one minute footage, and make it part of a four minute video. The additional time was all various Second Life footage showing various scenes. Several people have seen it and left favorable comments, including Draxtor Despres who stated, "Some fantastic visuals especially at the brush art sim from Fiona!"

Will the Linden Lab video be part of a Youtube commercial, or perhaps a television commercial? Time will tell.