Atlantis Underwater at Creations for Parkinsons 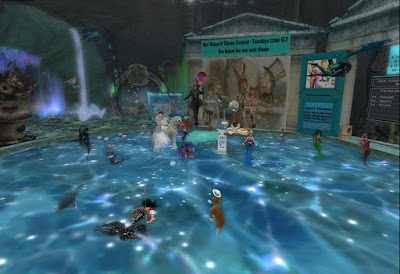 For the merfolk in Second Life, one event aimed at them is the weekly party at Atlantis Underwater. Part of the Creations for Parkinsons. I was over recently, and there were a number of mermaids dancing away.  This included Creations owner Barbie Alchemi, whom had taken on a mer form herself. The music was from Liferose.

The event takes place every Tuesday at Noon SL time. There's a theme and a contest. Donations are accepted for Team Fox, a charity that funds research to treat Parkinson's Disease.