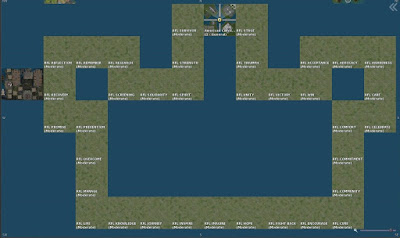 While the Moles have been working on the Second Life Birthday area, the setting up of another place for a big event is starting. Checking the American Cancer Society sim, a look at the map show the land for the track for the Relay Weekend has been set up. Counting ACS, there are a total of 36 sims. While some of the land will be exhibition areas, most of it will be camps for the various Relay teams. 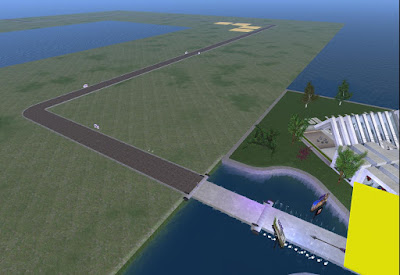 As of now, only a handful are allowed on the Relay Track, including those on the Newser staff whom are part of Relay teams. So there's only so much we can show, and we have no plans to show anything but teasers of the camps until the "Hopefest" events begin (builders don't usually like pictures taken of unfinished exhibits). But until then, various builders are working on the campsite exhibits (including those of the Sunbeamers).