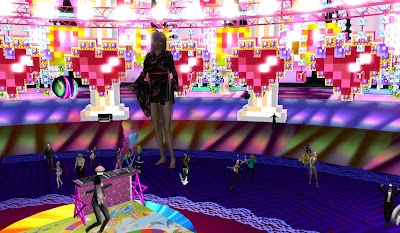 Last night in the Second Life Birthday sims, the last of the official events took place (Sunday schedule). At 5PM, Saffia Widdershins interviewed the last guest at the Auditorium:  Raglan Shire's leader Zayan Till. At 10PM began the last of the DJ performances. 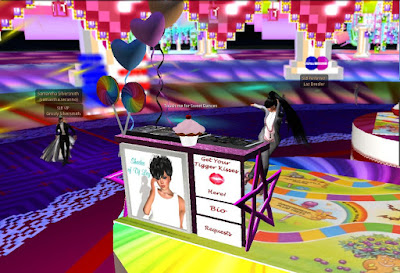 While Yamata36 DJed for the Ixtlan Stage, at the Cake Stage, Laz Dresler spun tunes for the crowd. 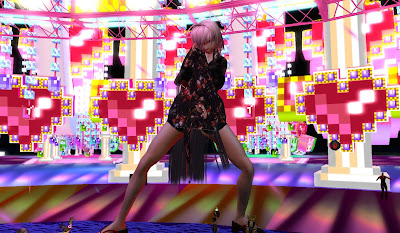 One girl in a Colossus avatar danced with the crowd, somehow avoiding stepping on anyone. No word on if she had to deal with anyone trying to peek up her skirt. 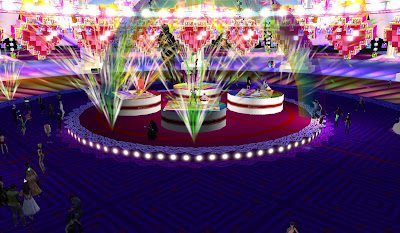 There was also a fireworks show by Bewell Ormega, throwing some pyrotechnics in the air.The Birthday quite literally ended with a bang. 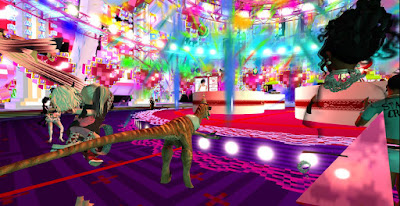 There were a number of personalities there, such as Mikati Slade, Catboy Qunhua, Daniel Voyager (his picture above), iSkye Silverweb, and others. As the minutes ticked down, there were many well wishes, "Happy birthday!" "Happy Birthday SL!!" "HAVE A GREAT SL!"

And at 12 Midnight, Laz finally got off the stage. The week-long celebration was officially over.

While this was the official end of the SL12B, the exhibits will still be up for several days. The schedule shows that the sims will be open at least until July 4. So until July 6 to July 8 when "the breakdown" takes place, feel free to continue to explore the exhibitions.

The sims finally go offline on July 9. Only then will the event truly be over.