Update on Linden Lab and the Third-Party Linden Exchangers 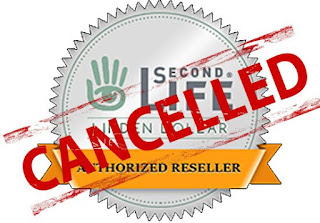 It's been two weeks since Linden Lab announced that it was ending it's deal with Linden Exchange services, essentially telling them they could no longer buy Lindens after June 30 (today) and had until August 1 to sell their inventory of Linden dollars and then shut down. When they told the Linden exchangers to shut down two years ago, as word got around in just a few days, the result was an uproar, especially among residents outside the US whom had problems with using Lindex, the official Linden exchange service from Linden Lab. Eventually, the Lab partially relented, allowing the exchangers to join an "authorized reseller" program to stay in business. But they could no longer buy back Lindens for real world currencies.

This time the response has been a little less vocal, possibly because of the timing of the announcement with the Second Life Birthday. Linden Lab's decision wasn't mentioned in New World Notes this time. Though it was in some blogs such as Inara Pey's Modem World, Daniel Voyager's Blog, and Across the Grid with Lindal Kidd. Lindal was particularly critical of the Lab's decision, "In my opinion, the move us ... yet another attempt on the part of LL to appropriate a Second Life revenue stream developed by the residents for themselves. ... when clever residents come up with ways to make money in SL, it smacks of bullying for LL to usurp those income streams by fiat." She felt the Lab had "shafted the residents and merchants that support Second Life and shot themselves in the foot into the bargain."

Hypergrid Business' Maria Korolov has written some about the issue, on June 15 and 27. It reported that one exchanger, Crossworlds, announced it would be folding on June 30 (today). "There is nothing else to do," Crossworlds owner Tony Bastianelli was reported as saying, "Linden Lab has left all exchanges with no options." RUExchange was stated as saying (in Russian), "Unfortunately, the official payment methods, Paypal and Skrill, do not satisfy the majority of our users. ... At the moment, we are negotiating with Linden Lab about the future of the Russian community, and unfortunately our technical support can not give you a comment on the situation." 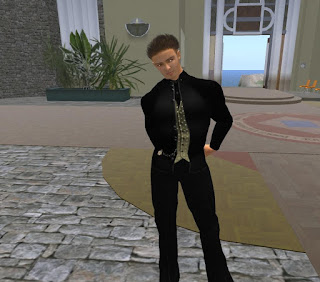 Korolov stated that the Podex Exchange was planning on staying up, quoting it's CEO Jacek Shuftan as saying, "Linden Lab is not stable in it's decisions, as history taught us before, so I do hope that their decision would be changed in the future, as it happened before with 3rd party resellers closure. ... The motives of present shutting down are completely unclear," he added, "Last time we could suspect FinCen influence. But as far as I know, there were no big changes regarding virtual currencies last days in American law, so I do not understand why Linden Lab made such (a) decision."

Jacek felt "the Lab is only shooting itself in the foot," stated Korolov, quoting him, "Payment methods wich they offer are not accessible in many countries, so they will not only lose profit but also their best clients who invest real money in (the) grid, and now will not be able to do it."

Jacek predicted that Linden Lab's move would encourage people to head to Opensim worlds. Since the first time the Lab threatened to drive away his business, Podex has diversified by expanding to InWorldz, Avination, and other grids besides Second Life. On June 29, it announced it had set up an exchange service on it's 16th virtual world. "Linden Lab('s) decision will affect the Podex Exchange, as well as all other currency resellers, but Second Life is only one of the 16 grids which we serve, so we only lose part of our profit."

There is a petition for Linden Lab to keep it's Authorized Reseller Program , started by a Norman Zimmerman. As of the writing of this article, it had over 660 signatures.

As the deadline for the exchange services is a month away, what happens next is uncertain. But as Jacek stated, the Lab has changed it's mind before.

Podex is a sponsor of Second Life Newser.