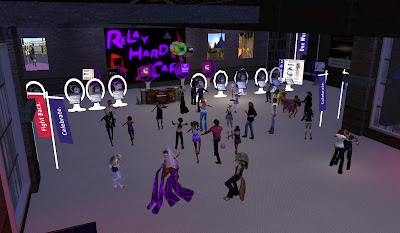 Last night high above the Silver Creek sim, there was a Relay party that was originally intended to raise funds for Team Shadow, but they invited other teams to put up their kiosks, and a number of others did, including the Steelhead Salmons, which at 195,000L are closing in on the 200K mark, and the Sunbeamers. 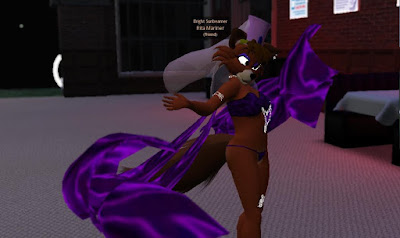 Besides yours truly, other Sunbeamers included Shockwave Yareach, Cynthia Farshore, and chieftess Rita Mariner. Rita made a rare appearance in her custom-made fox avatar, looking a bit like a harem girl as it was dressed in silks. Other notable Relayers included Oldesoul Eldemar, Cuddly Waffle, Madonna Daehlie, and others. 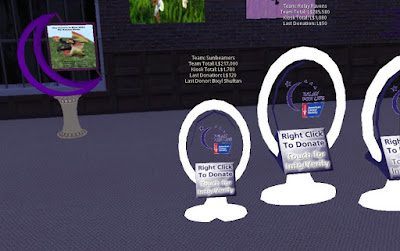 The Sunbeamers made a few thousand Lindens that day, at 217,000 Lindens raised are the third highest of the Silver ranked teams. With the Road Rally Sunbeamer event in a couple days, Gold status is within sight.