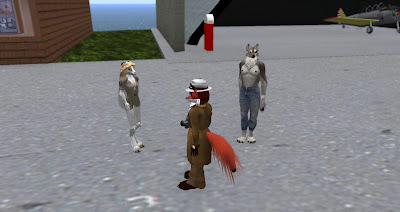 Team Sunbeamer, the team for the Sunweaver/Angels community for the Relay for Life, is going to have another fundraising event soon. This time it's a race at the Pacific Waters sim around Farshore Field.

Speaking with Cynthia Farshore, she told me she was roughly about halfway finished with the track, which will include a corkscrew turn, obstacles that have a way of appearing just after a driver clears a turn, and a wandering turtle that can cause a bike to jump in the air as riders zoom over it's shell.

In the past, there was a motorbike-themed Relay team that held racing events regularly. This time, there hasn't been one. So the event is likely to get more attention from racing fans.

The Sunbeamer Road Rally is scheduled for June 27. Cynthia acknowledges this puts the event during the Second Life Birthday megaevent, but raising funds for cancer takes priority.

On another note, the Relay Committee approved the Sunbeamer's request for a campsite, but there was an interesting twist, which Rita Mariner explained in brief in an announcement.

Sunnies/Beamers; Our RFL Team has been approved for a Large Campsite, ON the Water Sim?!?  If that means underwater, We are all going to DROWN!  LOL, I think we can adapt!

So this means some changes of plans for Team Sunbeamer's Relay Weekend exhibit. But when I overheard Shockwave Yareach chatting about it at a Club Cutlass event, he was confident it wouldn't be much trouble. 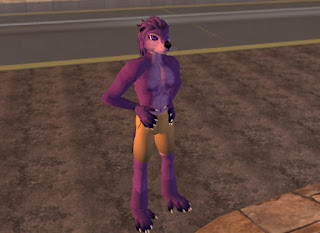 As of the writing of this article, Team Sunbeamers has raised about 205,000 Lindens, sixth place among the Silver ranked teams. So to help things along, yours truly is throwing down a couple "avatar challenges," in the spirit of the traditional "Bid Me Bald" events. When Team Sunbeamers reaches Gold Level, about 250,000, yours truly will wear a purple otter avatar for a week when in public.

Should the Sunbeamers reach Platinum rank, 500,000 Lindens, well that calls for a more substantial challenge. Yours truly will take the form of a MLP pony avatar, which I've never (and I mean never) worn, and keep that for about a week as well in public.

So if you want to make me "horse around," you'll have to "pony up" some Lindens to Team Sunbeamer. And one "otter" know I'll do it.