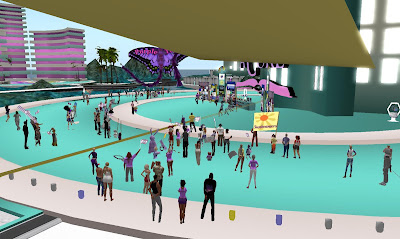 Following the Opening Ceremony, the various teams gathered onto the Track. 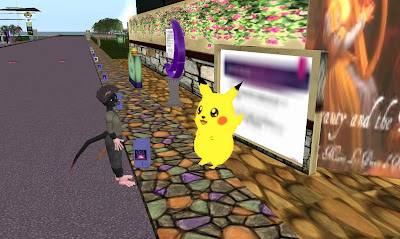 While cancer is  a serious subject, there's been much funnery on the Track. Team Ragtag poked fun at the "Pokemon GO" craze by putting a pikachu on their camp. 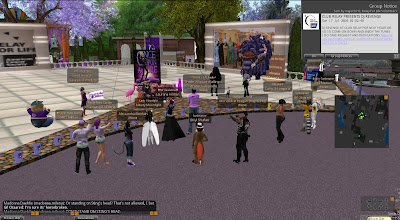 At the American Cancer Society sim, there was a spontaneous gathering of people. 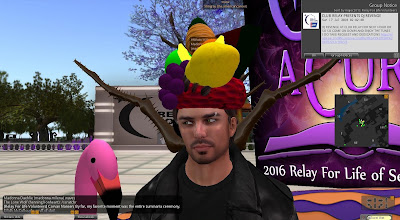 When Stingray Raymaker went AFK, people decided to poke fun at him by rezzing things on and around him. Then Maddona, with her cockroach arms after her "Nightmare" challenge decided to stand behind him so he was between me and the camera ...

Poor Stingray. He never gets a break.

That's all for now from the Relay. Stand by for more.