Reader Submitted: Scenes From the Relay 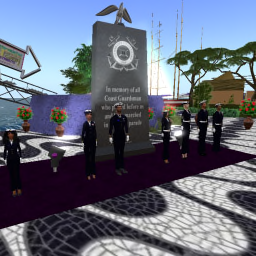 Prettykitty Gumbo sent over several screenshots from the Relay Weekend. One was of the Second Life Coast Guard team's members standing at attention during the Luminaria hour. 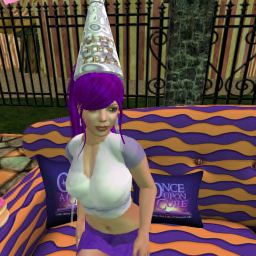 Taken at RFL Embrace, sitting on one of the purple couches. 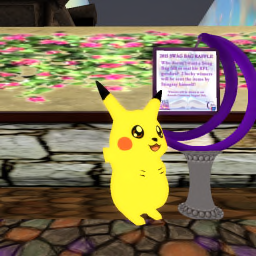 Taken at Team Ragtag's camp at RFL Cure, the Pikachu Pokemon someone placed as a whimsical tribute to the popular "Pokemon GO" game that's been all the rage lately. 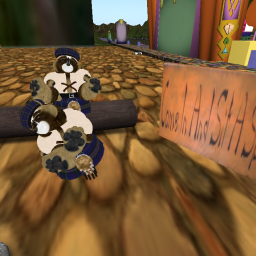 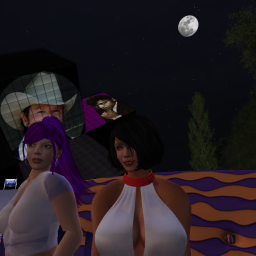 Taken at the T-1 Rado location at the media center area, Prettykitty's on another couch with a friend.
Posted by Bixyl Shuftan at 6:01 AM