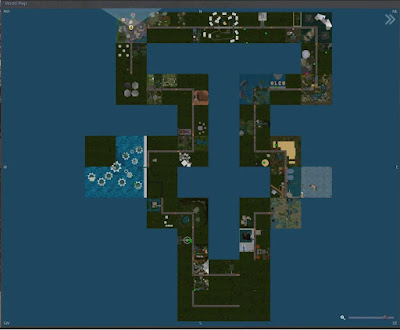 The sims for the Second Life Birthday may be coming down. But the ones for the next big event in Second Life have just come online. The American Cancer Society sim has been joined by about forty others which appear about once a year at this time for the 24 hour Relay Walk, also known as the Relay Weekend as it takes place over Saturday and Sunday. A few sims are for activities and major exhibits which take up a whole to a half sim. But most of the areas are divided up into quarters to accommodate four teams. 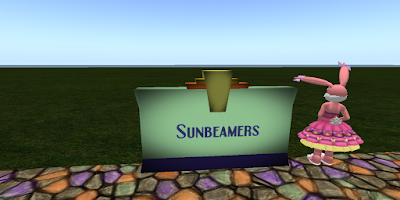 Among the camps will be that of Team Sunbeamers. Their camp is in RFL Support, the sim just to the left of the northeast corners. Rita Mariner (still in her "Bid Me Pink" avatar) places the team name marker on the campsite here in this picture. 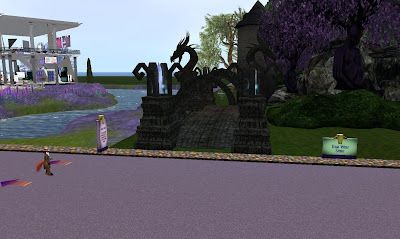 Unfortunately. aside from the build teams and a few other Relayers, the sims are closed to the public. This includes a certain fox reporter of whom this was as far as he could go. The good news, Becky Shamen is on the Sunbeamer's build team, so we should be getting some sneak peaks over the next couple weeks, the Relay Weekend taking place on the 16th and 17th.