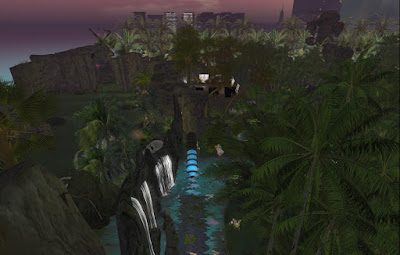 The Linden Endowment for the Arts sim LEA9 has harbored a setting familiar to classic movie fans: Skull Island, the home of King Kong. Besides the well-detailed exhibit of dinosaurs, snakes, and other creatures, there are occasional events there. One is this Sunday on July 31st, "King Kong's Live in New York Show."

"Watch him smash New York. Will the airplanes destroy him ? 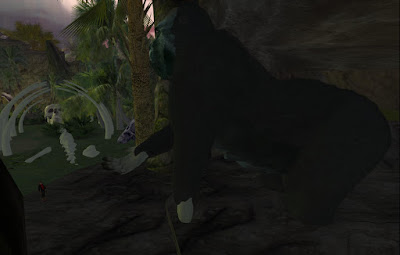 For those dropping in before the event, they can still see King Kong in his cave. Unlike the huge ape in the movie, Second Life's Kong is a bit more easy to get along with.

The event takes place Sunday July 31st at 1PM SL time. There is also a schedule for events next month.