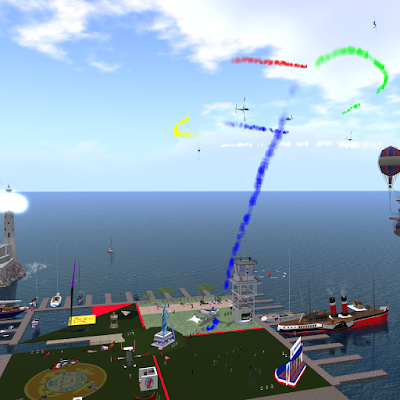 July 4th saw a number of events across Second Life. Most were associated with the USA's Independence Day. But a team of pilots calling themselves the Brazilian Air Force stole the show at the Relay for Life's event at the Haggerty sim in the Blake Sea. Cynthia Farshore was there, and sent the Newser some pictures. 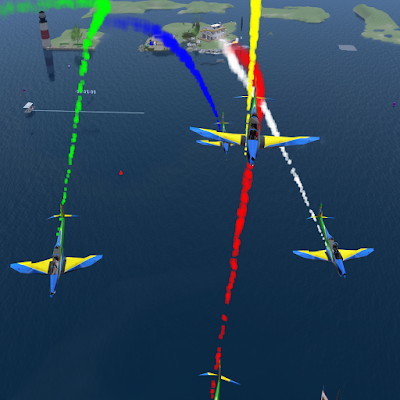 The pilots did both formation flying ... 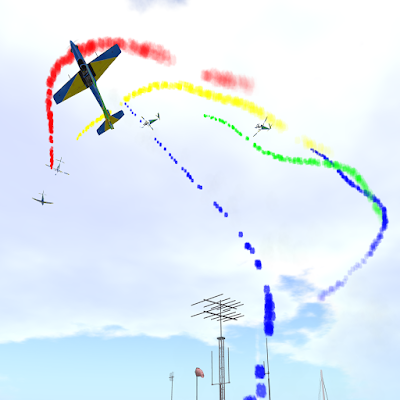 And some fancy flying, leaving colorful streams of smoke behind. 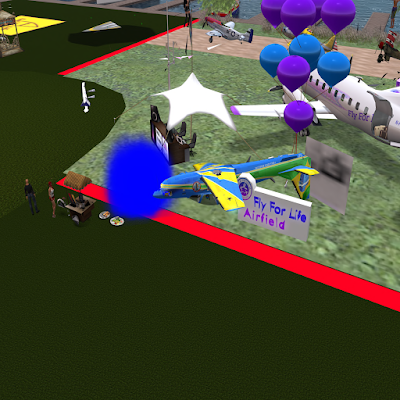 But not everything went as planned. One guy ended up making a bad landing. Fortunately in Second Life, one just has to tip the plane back up and take off again.