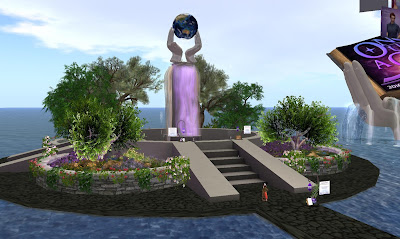 Going across the Relay track sims, there was much left to do with some empty plots, but much that had been set up. In one corner was this display, a pair of hands on a column holding up the world as a pink waterfall flows. 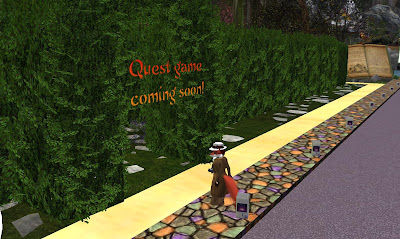 This team is planning on making a game for it's game. What will it be? They're still developing it. 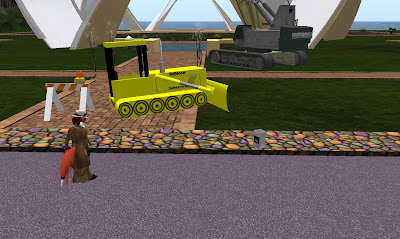 Obviously this sim is still being worked on. Nothing says "under construction" like bulldozers. 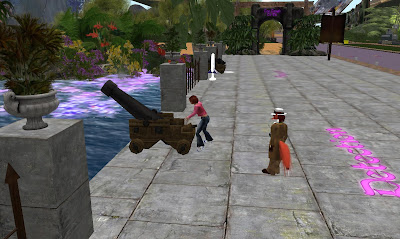 The Second Life Cheerleading Squad was developing a cannon (and catapult for those who wanted a little extra challenge) shooting game. It was still being tweaked, so the target will be shown later.

Stay tuned for more sneak peeks of the Relay Track.