Announcement: This Week At The Science Circle: "Sterile Neutrinos" 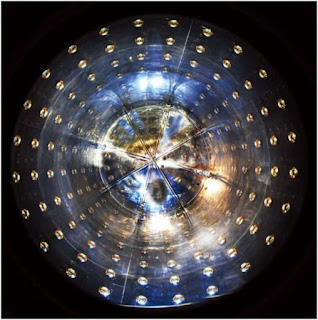 “Sterile Neutrinos: a new particle not known to our Standard Model?”
Saturday September 1
10 AM - 11 AM PDT
By Rob Knop

"Over the last year, sterile neutrinos have been in the news. There is some suggestion that evidence for them is present in experimental data, but it’s still very uncertain. If they’re real, it would be very exciting for particle physics, which has the interesting conundrum of a model that is *too good* — in that it’s been decades since there has been any real surprises in particle physics.  A new and unknown particle would mean that we’re finally venturing into deeper explorations of the fundamental nature of high-energy physics; it could potentially have cosmological implications as well.  In this talk, I’ll give a summary of the Standard Model of Particle Physics, and describe how amazingly (and, indeed, disappointingly) successful it’s been in predicting and explaining the results of particle physics experiments. I will describe what neutrinos are, and how regular neutrinos differ from sterile neutrinos.  Finally, I’ll talk about the possibilities that we’ve seen sterile neutrinos, and what the implications are."