"Islandz" To Be Name of Inworldz's Successor, Other OpenSim News


It seems a new name has been picked for InWorldz's successor. On the Discord group of the now-defunct virtual world, it was announced that the name of the future grid of it's owners will be called "Islandz." 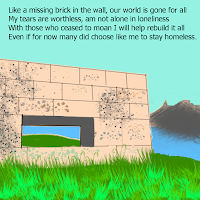 There's little more information about the new world. As of the writing of this article, they have yet to get a webpage for it, although that is likely to soon change. The name of the Discord group has been changed to that of the planned grid. The website of InWorldz itself went down almost two weeks ago. Beth Reischl/Elenia did say on Sunday August 19 that she "started setup for Database recovery this morning. ... As soon as we have Database backup ... we can work on the OARS" There has been no date set for the opening of Islandz.

Other developments in OpenSim include Han Held announcing that this year's Avatarfest would be the last one.  There was an announcement on the Kitely grid's blog that it's marketplace sales have gone up 300% since the folding of InWorldz, a clear sign that many former InWorldz residents have moved there. The announcement also hinted at similar gains by Digiworldz and Discovery.