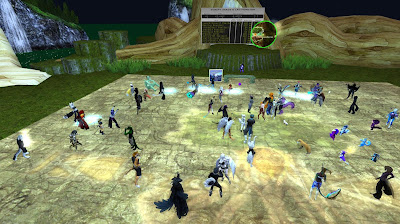 Yesterday, Wednesday August 15, was the twelfth anniversary of a popular brand of furry avatar: Kinzart Productions, often called Kinzart Kreetures or KZK. The event went from 3-5PM SL time, and attracted a large crowd, with 64 people in the sim at one point. 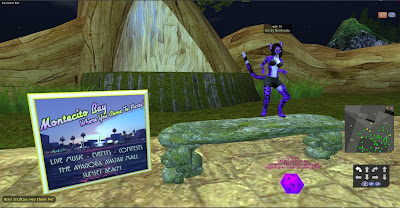 Becky Nosferatu of Montecito Bay was the DJ for the packed event, despite a few technical difficulties, she persisted and the crowd was patient for her. At the end of the two hours, she spoke to the crowd, saying she'd been in Second Life for years and had enjoyed every avatar she'd gotten from the "talented artists," her current avatar being a modified KZK, "It's been an honor ot be your DJ tonight  ...get it through ... all your happy customers. I hope to see you again soon, fantastic party indeed. Rock on guys!"