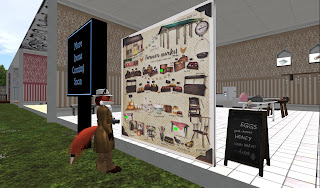 Although Team Firestorm works for free, they do have a number of expenses. They recently pointed out two, one being "our main server, which hosts our Jira, web site, wiki, code repository, etc." The second expense are the sims for their community gateway, subsidized by Linden Lab, but still costing them money. Their server has been having some troubles, "it is long past its prime, and we’ve had plenty of outages over the past year as a result. We also continue to provide the Kakadu codec to the Firestorm viewer to bring you superior rendering, but this comes at a hefty annual licensing cost." 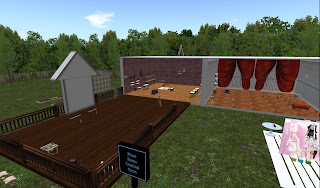 So Team Firestorm is having a fundraiser to cover these costs. While people can donate to the big tip jar, the intent is for most of the money raised to be from gacha items donated to Firestorm, "For months now we’ve been collecting and categorizing hundreds of unusual and interesting gachas from around SL in hopes some of you may be interested in buying them. Prices are as varied as the selection!" The event takes place on a platform high above the Firestorm Sandbox

As there are no machines that give you items at random, this isn't a true gacha. Instead, individual items are available up for sale on stands or from displays. The event has been going on for a while, so many of the items originally up for grabs are gone. Besides the items at the gacha area, one can also get Firestorm jackets on Marketplace.

If anyone wants to help out by donating items, contact Klo Fella inworld. How long the fundraiser will be going on hasn't been stated.